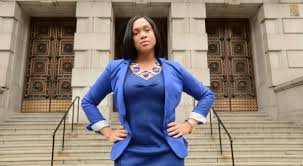 Marilyn Mosby  the State’s Attorney for Baltimore, Maryland, United States and  the youngest chief prosecutor of any major American city.

She writes for the Baltimore Sun

Last week, I traveled to Washington, D.C., to testify before Congress as part of the first-ever hearing to discuss marijuana legalization. It was an honor to represent Baltimore and to tell the story of our city’s resilience and fighting spirit even when faced with so many challenges and obstacles endemic to urban America.

I used this opportunity to lay out my views on why the war on drugs has failed, and what actions our local, state and federal government must take to right the wrongs of the past.

From my standpoint, as the lead prosecutor in a city devastated by the war on drugs, I made clear to Democrats and Republicans that they must be thoughtful and ensure that any legislative proposal repairs the damage done by marijuana prohibition and creates opportunities for those communities most adversely impacted.

My comments were born out of my experiences in our city. I have seen first-hand the damage done by marijuana enforcement. Black people and their communities suffer the brunt of marijuana arrests despite studies showing that blacks and whites use marijuana at the same rate. Law enforcement spends an inordinate amount of time on these arrests with no discernible benefit to public safety. Perhaps most importantly, racially-biased marijuana enforcement erodes trust between communities and the police.
For these reasons, on Jan. 29, my office became one of the first in the country to decline to prosecute marijuana possession cases regardless of the weight of the drug or the holder’s criminal history. As I told members of Congress last week, my office is committed to developing policies that address racial disparities in the criminal justice system. Accordingly, I moved to vacate the marijuana convictions of nearly 5,000 individuals saddled with the collateral consequences of those convictions. Unfortunately, the courts have denied my request to right these past wrongs. So as of now, members of our community are living with the scarlet letter of a criminal record for an offense the city no longer prosecutes.

Nevertheless, I went to Congress because I will never give up the fight for a more equitable criminal justice system. My hope is that members of Congress hear my plea for broad marijuana reform that encourages and incentivizes the states to create access to the industry for those harmed by prohibition, automates mass expungement and promotes community reinvestment from marijuana tax revenue. The federal government has historically funded state law enforcement to make marijuana arrests; we must now redirect those dollars to fund re-entry programs, harm reduction initiatives and robust diversion programs. In turn, I hope congressional action will spur reforms in Maryland, and our state can turn the page on prohibition. Despite the hyper-partisanship that dominates Washington, marijuana legalization is a policy area where Democrats and Republicans largely agree. If a dysfunctional Washington, D.C., can move on marijuana reform, surely we can move a bipartisan effort in Annapolis.

Canada would be the largest developed country to end a nationwide prohibition of recreational marijuana. (Sign up for our free video newsletter here http://bit.ly/2n6VKPR)

Last week’s historic hearing demonstrated that the end is nigh for marijuana prohibition, but in Baltimore and beyond, we must ensure that legalization is done the right way. Impacted communities must be made whole again through automatic mass expungement, resentencing, and reinvestment. To do otherwise, would be to perpetrate the injustices of the past. 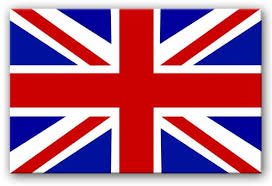 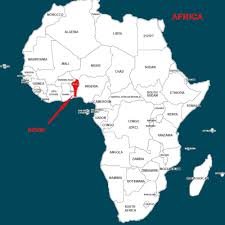 Over 10,000 Kilos Of Cannabis Seized In Benin 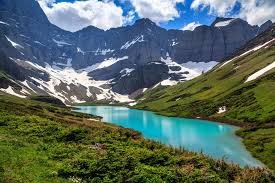