Due mainly to legal reforms at the state level, 2019 legal cannabis sales are expected to generate over $10 billion in revenue. Products ranging from buds, oils, and tinctures are increasingly being used medicinally to treat chronic pain, cancer, terminal illness, and some stress-related mental disorders. Recreational use is becoming legal in a growing number of states.

Bankruptcy and the CSA

Thirty-three states have enacted some type of medical marijuana program. Eleven states have legalized the recreational adult-use of marijuana. Some industry analysts project revenue from legal cannabis sales will double over the next five years as more states seem poised to follow the trend towards cannabis reform.

Change at the federal level has remained elusive. Federal bankruptcy protection for business-debtors involved in the sale of cannabis products has not been forthcoming. The Federal Controlled Substances Act 21 U.S.C. §§801-904 (“the CSA”) remains a complete bar to any Chapter 11 protection.

Compliance with state laws is of little benefit when it comes to federal bankruptcy, banking, and tax codes. Cannabis start-ups are entering a potentially lucrative but risky new industry. Debtor-clients operate beneath this challenging additional layer of legal complexity.

This exclusion may have secondary impacts beyond the business owners themselves. Investors and creditors should take the lack of federal bankruptcy protection into account before deciding whether to contribute financially towards such an unprotected industry.

The U.S Trustee has consistently argued successfully that federal bankruptcy cases are inappropriate for businesses connected to the cannabis industry. Maintaining claims which involve conduct in violation of federal law would require a federal court placing an implicit stamp of approval on prohibited activity. The Department of Justice has likewise taken a hard stance against bankruptcy protection. Bankruptcy courts have agreed.

Is Change on the Horizon?

Some bankruptcy attorneys believe a May 2019 decision from the Ninth Circuit suggests the status quo may be changing. Garvin v. Cook Investments NW involved several real estate holding companies filing Chapter 11 in Washington State. One of these debtors leased land to a business which used the land to grow cannabis. The cannabis business-lessee was apparently in compliance with all applicable Washington State laws and regulations.

The U.S Trustee objected to the debtor’s plan even though it included payment of all creditors. The Trustee was concerned the debtor’s plan involved continuing to accept rent from the cannabis business. The Trustee argued confirmation of the plan was disallowed under the language of §1129(a)(3), “[t]he court shall confirm a plan only if all of the following requirements are met … [t]he plan has been proposed in good faith and not by any means forbidden by law.”

The Ninth Circuit Court of Appeals ruled against the Trustee. According to the Court of Appeal’s interpretation, §1129(a)(3) “directs bankruptcy courts to police the means of a reorganization plan’s proposal, not its substantive provisions.” In other words, because the plan itself wasn’t made in an illegal manner such as fraud or duress, the Trustee could not rely on §1129(a)(3) to object to its underlying details. The Court of Appeals reiterated its holding was limited to procedural and not substantive standards.

Despite making some initial headlines, Garvin remains the exception rather than the rule. In fact, just two weeks later a Michigan Bankruptcy court reached the opposite conclusion in a case involving similar facts. In In re Basrah Custom Design, 2019 WL 2202742 (Bankr. E.D. Mich. May 21, 2019), the court dismissed a case filed by a debtor corporation whose operations centered around manufacturing wooden furniture. The debtor also leased some property to a medical marijuana dispensary operating legally under Michigan law. The bankruptcy court dismissed the case but hinted it might have reached a different conclusion if the debtor had ceased any connection with the marijuana-related business.

Studies indicates that across the U.S economy 80-90% of new businesses will fail. Given the rapid rate of business formation in the cannabis industry, many of these “cannaprenuer” start-ups run the risk of failing to qualify for Chapter 11 protection. As the cases make clear, it’s not only growers and dispensaries who need to be concerned. Any debtor doing business with a cannabis business may also putting themselves at risk. This can include everyone from landlords to vendors.

The cannabis industry may be the largest sector of the economy currently operating without the benefit of Chapter 11 protection. The incongruity between the evolution of state-level cannabis laws and the ongoing prohibition at the federal level raises a number of interesting legal questions. Federalism questions also arise involving compliance with federal banking and tax laws.

While many of these questions have merit, bankruptcy courts cannot be expected to function as the appropriate venue. Clients and other stakeholders shouldn’t expect a change in the status quo any time soon. While the reward of capturing an early-mover advantage in a rapidly growing industry may prove irresistible, businesses are well-advised to remain mindful of the potential risks. 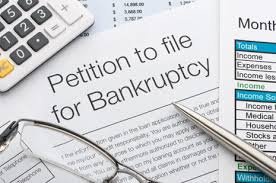