BusinessCANN report: Irish Court Prosecutions To Resume As Europe Ties Itself Up In CBD Knots

EUROPE’S flip-flopping over the status of CBD is allowing the Irish authorities free rein to persecute the country’s hemp and CBD industry, it has been claimed.

Over the coming days a fresh wave of prosecutions of hemp and CBD businesses and consumers is to begin in the Irish courts after the European Commission (EC) declined to sanction the Government.

As BusinessCann reported last month the Irish hemp industry was expecting the EC to penalise Ireland.

This followed a High Court ruling last month that CBD products, with trace amounts of THC, are narcotics in direct conflict with the ground-breaking 2020 European Court of Justice (ECJ) KanaVape ruling.

‘Spectacle of Criminal Trials To Begin’

However, in correspondence with BusinessCann it has emerged that there will be no punitive action as the EC has yet to determine, itself, the status of CBD.

The EC statement said that ‘it is for the Irish authorities to follow-up on the Court judgement’.

However, The Hemp Federation of Ireland (HFI) says the EC must intervene to protect Irish consumers and industry operators as Irish police and courts prepare to proceed with further penal charges and hearings.

The HFI has learnt that following last month’s High Court ruling the Irish Police are set to resume prosecutions against business and individuals. A consumer charged earlier for purchasing CBD products is due to appear in court later this month.

Chris Allen, Executive Director of HFI, said: “Based on this High Court ruling, Irish authorities have decided to resume the criminal prosecution of Irish citizens and in ten days time, a spectacle of criminal trials will begin in the lower Courts.

“These include the prosecution of Irish citizens accused of buying and possessing EU consumer goods which are widely available in shops throughout Ireland and Europe.

“According to the recent High Court judgement in the Bogusas case, hemp related ‘offences’ are punishable by severe penalties, including ‘imprisonment for life’.” 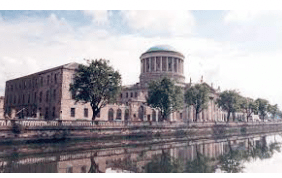