It’s been an ongoing discussion in Calaveras County  for as long as we can remember. Looking at the following report we’d suggest this isn’t a conversation / debate that is going to wind down anytime soon.

Five appointed Calaveras County planning commissioners wrapped up multiple days of scrutinizing and editing a new draft law to regulate commercial cannabis cultivation and sent it onto the Board of Supervisors for consideration.

The draft is intended to replace a temporary ban on commercial cannabis activities in this rural Central Sierra foothills county of 45,000 residents still recovering from the 2015 Butte Fire.
Commercial cannabis and whether to ban or legalize it has been Calaveras County’s most divisive issue since the 2015 Butte Fire burned up 110 square miles, destroyed 921 structures, including 549 homes, 368 outbuildings and four commercial properties, damaged 44 structures, and resulted in two civilian fatalities.

“It’s offensive to us,” Morris said. “We’ve had to listen to you. We are the people, same as you are. That’s really the bottom line issue.”

Trevor Wittke, a former registered grower and commercial cultivation advocate, spoke in favor of an addendum to an environmental impact report for the new draft law.

“Talking about acreage . . . the addendum seems appropriate given there are numerous provisions to reduce acreage and canopy size,” Wittke said. “It’s the most desirable mitigation because we can analyze how much impact cultivation will have on aquifers, fractured rock water basins. I think the addendum is sufficient.”

A woman who identified herself as Ann Hill, a resident of District 2, the rural, forested heart of Calaveras County that burned in the Butte Fire, told planning commissioners “there are nine growers going to be above me, if these people are still going to be here. You can’t police what they bring in their box trucks. Nobody knows. They’re not paying taxes on it. How many animals are they going to kill? When the wells go dry, they go dry period, until they get a heavier snowpack. Nuisance value is pot is growing right now. And they are harvesting right now. People are not honest about it. These growers are not honest, period.”

Aurora Weatherby, a resident of District 5, said it appears some changes in the draft seem to favor growers, “not people like me, I’m in a rural setting, and I object to the odors, I can’t sit on my porch, when the wind blows it comes right up that canyon.” Weatherby questioned Laddish’s ability to rewrite rules Peter Maurer, the county planning director, and attorneys helped write. “I pay my property tax. My property tax pays your salaries. I need to be represented here.”

Neil McKeown, a former registered grower, asked how many illegal grows remain in Calaveras County right now. “Nearly 75 percent of approved farms are in District 2. Clearly there are only three votes that will make this go through. Wooster, thanks for being up front. Trent, I believe you are also going to oppose this no matter what.”

Bill McManus, a pro-ban leader in Calaveras County, told the planning commission they were proceeding with an ordinance with no findings. “And now Laddish wants a new finding that if the county makes enough money on cannabis taxes it’s all good. When you talk about pie in the sky and Measure C is going to to bring in all this revenue it’s a fairy tale.” 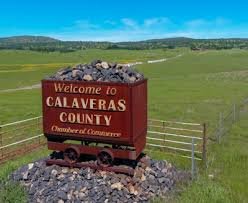