AG skips over many eligible for relief under Prop. 64, while counties cite frustration with ‘unfunded mandate.’

By July 1, the state Attorney General’s office sent to county district attorneys the names of hundreds of thousands of people who are potentially eligible to have marijuana crimes downgraded or dropped from their records as part of California’s new marijuana laws. Prosecutors now have until July 1, 2020 to process or oppose each individual change.

Advocates for criminal justice reform are applauding the effort, saying it will improve the lives of Californians who’ve been held back from jobs, housing and other benefits due to marijuana-based criminal records.

However, some also are worried about resistance from county prosecutors. And they’re raising concerns about how the Attorney General is identifying eligible cases, saying it leaves out thousands of people who should benefit from legalization laws.

“The AG fumbled the first step out the gate,” said Nick Stewart-Oaten, attorney with the Los Angeles County Public Defender’s Office. “A bunch of people the legislation intended to reach aren’t going to get help.”

Meanwhile, county prosecutors say they’re scrambling to find resources to translate the data provided by the state, review the records, and take cases to court.

Riverside County Chief Deputy District Attorney Kelli Catlett, whose office is tasked with reviewing roughly 50,000 cannabis cases over the next 11 months, called this the largest unfunded state mandate her office has faced.

Here are some key questions about how we got here and what comes next for marijuana law in California. 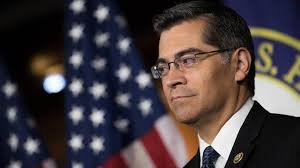