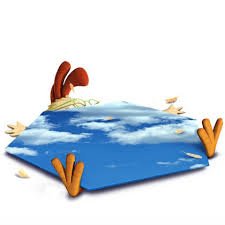 There is nothing in the world that gets us more “pissed off” than an article crafted in a way to  evoke fear rather than actually conveying useful information.

Whilst we have great respect for California NORML as they are usually one of the “adults” in the room, they recently published an article that either fell into the “clickbait” category, or the writer should have been better informed before putting finger to keyboard.

Specifically, the article California Cannabis Collective Law to Sunset on January 9, 2019 failed to mention several provisions in the existing statute and judicature that prevents the draconian results that the article implies.

More about that later in this piece.

We are going to reproduce a significant portion of the article as it is important to properly understand the context of our comments.

Proposition 215, passed by the voters of California in 1996 and still in effect today, protects only the personal use and cultivation of medical marijuana for patients, or their primary caregivers who cultivate for them. Recognizing the need for systems of distribution, the California legislature passed SB420 in 2004, allowing patients to form nonprofit medical cannabis collectives or cooperatives, under which cultivation and distribution were protected under state law. Hundreds of medical cannabis dispensaries and gardens were established under the legal protection of SB 420.

Newer legislation, three bills collectively called the Medical Cannabis Regulation and Safety Act, were enacted together in 2015. These established a Bureau to regulate cannabis commerce, requiring new state and local licenses for all commercial operations. The law grandfathered in locally licensed SB420 collectives until one year after the Bureau posted a notice on its website that licenses have commenced being issued. Proposition 64 (AUMA), and the subsequent legislation MAUCRSA, blending both medical and recreational cannabis laws, upheld this requirement.

The Bureau of Cannabis Control published its licensing notice on 1/9/2018, meaning H&SC 11362.775 protecting collective operations is repealed on January 9, 2019. By that date all cannabis collectives must be licensed under the new state laws, except for individual patient and caregiver gardens serving no more than five patients. The caregiver for these gardens cannot receive remuneration other than for actual expenses. (B&P section 26033(b), H&S Code section 11362.765(c).)

Many cities and counties limit how much and where medical gardens can be grown, and the courts have upheld their right to ban medical marijuana gardens under local ordinances, despite state law. Locals must permit six plants per residence under AUMA, but may “reasonably regulate” how those plants are grown, including forcing them indoors.

Under Prop. 64, the BCC was required to issue a report on nonprofit collectives by January 1, 2018. However subsequent legislation pushed that date back to 1/1/2020, leaving nonprofit operations that supply cannabis to low-income patients and all collectives in limbo throughout 2019.

The preceding paragraphs describe one view of “gloom and doom” in black and white.

The Kelly case was decided in January 2010 by the California Supreme Court.

In the Kelly case, the Court held the State of California cannot, through the legislative process, impose a state limit on medical cannabis that is more restrictive than what is allowed under Proposition 215.

The Kelly case also limits the extent to which California’s initiative process is protected against legislative tampering.

The language that appeared on the ballot stated:

Exempts patients and defined caregivers who possess or cultivate cannabis for medical treatment recommended by a physician from criminal laws which otherwise prohibit possession or cultivation of cannabis.

Provides that physicians who recommend the use of cannabis for medical treatment shall not be punished or denied any right or privilege for making such a recommendation.

Declares that the measure is not be construed to supersede prohibitions of conduct endangering others or to condone the diversion of cannabis for non-medical purposes.

In addition, Proposition 215 contains a severability clause. The exact language of Proposition 215 added §11362.5 to the Health & Safety Code and is contained in Endnote [1].Thus, the people of California choose to amend the state Constitution to preclude restrictions on access to their fellow citizens for medical use.

All of which means that:

The cities, municipalities, and counties of California need to cease and desist immediately from any and all efforts to create local impediments to the local retail sale or delivery of medical cannabis to anyone in California, as it is an exercise in FUTILITY as ultimately any such legislation should be declared unconstitutional in California.

The cities, municipalities, and counties of California need to cease and desist immediately from any and all efforts to impose local sales, gross receipts or license fees on medical cannabis as it is an exercise in FUTILITY as ultimately any such legislation should be declared unconstitutional in California.

The conversion of an existing not-for-profit collective to a CCA has been written up any number of times4. Under MARCRSA, three (3) or more natural persons, who are engaged in the cultivation of any cannabis product, may form an association pursuant to this chapter for the purpose of engaging in any activity in connection with any of the following:

However, Members of a Cooperative Association must be disclosed to the licensing authority before the application is processed..

2 People vs Kelly –  Proposition 215 wrote the right to access medical cannabis into the law in California? California Proposition 215, also known as the Medical Use of Marijuana Initiative or the Compassionate Use Act, was on the November 5, 1996, general election ballot in California as an initiated state statute, where it was approved.

In May 2009, the U.S. Supreme Court declined to hear an appeal of a California state appellate ruling from 2008 that upheld Proposition 215 and concluded that California can decide whether to eliminate its own criminal penalties for medical marijuana regardless of federal law. The appellate ruling came about because of a lawsuit against Proposition 215 filed by San Diego and San Bernardino counties. These counties objected to Proposition 215 on the grounds that it requires them, in their view, to condone drug use that is illegal under federal law. They also challenged a law that requires counties to issue identification cards to medical marijuana patients so these patients can identify themselves to law enforcement officials as legally entitled to possess small amounts of marijuana.

There was substantial litigation relating to this issue. People vs Kelly [47 Cal.4th 1008 (2010), [103 Cal. Rptr. 3d 733, 222 P.3d 186] was decided on January 21, 2010, by the California Supreme Court. The decision invalidated a law passed in 2003 by the California State Legislature on the grounds that the law imposed stricter standards on medical marijuana than is allowed under Proposition 215. Under the ruling, the State of California cannot to impose arbitrary limits on the amount of marijuana that medical marijuana users can grow or possess.

The basis for the court’s ruling in People v. Kelly is that the 2003 legislation amounted to an amendment to Proposition 215 and that the California Constitution prohibits legislative tampering with ballot initiatives approved by voters. The defendant in the case was Patrick Kevin Kelly, a user of medical marijuana.

We see the Cannabis Cooperative Association structure as a tremendous opportunity for both small craft cultivators and not-for-profit collectives which need to make a change due to the sunsetting of the not-for-profit structure. The opportunity to own distribution and extraction operations within the same legal entity that is a grower provides a substantial tax benefit to the CCA and it is exempt from California securities laws. We intend to continue working with and expanding our relationship with the small cultivators. The CCA represents the best avenue for them to survive and even flourish in a highly regulated California market that it going to experience significant attrition in 2019.