Unincorporated Monterey County is licensing all types of Cannabis businesses, our latest blog post is a comprehensive guide to the licensing process.

Ready to get started in the Cannabis industry?  Have an existing Canna-business?  We’re here to help, click here to get in touch with our team of Cannabis business consultants and tax advisors.

Check out these additional resources from our blog, your source for Marijuana business info:

The City of Bakersfield is looking to continue its crackdown on cannabis in town.

The Bakersfield City Council on Wednesday will consider amending its commercial cannabis ordinance to make it clear all business pot activity such as cultivation, manufacturing and distribution is illegal inside city limits.

The City’s definition of smoking includes both traditional tobacco smoke as well as electronic cigarettes. California Health and Safety Code prohibits the smoking of cannabis or cannabis products in a location where smoking tobacco is prohibited, so these proposed regulations would also apply to marijuana smoke.

The Humboldt County Supervisors today decided to give weed growers a tax break — a select few of them, anyway.

In what was later characterized as a sort of administrative clean-up to the county’s still-young marijuana regulatory system, the supervisors unanimously agreed to prorate excise taxes on new outdoor grow operations.

The way the county ordinance was written up until today, a grower who obtained a permit in, say, November of this year for a 10,000-square-foot grow operation would be on the hook for the entire year’s excise tax — $10,000 — even though he or she likely wouldn’t harvest any crops until next fall.

After today’s approval, the same grower would only owe taxes on the days he or she actually held the permit. So if that permit were granted on Nov. 2 (the example given in the staff report), the grower would owe just over $1,500 in 2017 taxes.

In a separate — but also unanimous — vote, supervisors instituted a moratorium prohibiting cannabis activities in the coastal zone until after the California Coastal Commission approves the county’s Commercial Medical Marijuana Land Use Ordinance. (That’s expected to happen sometime next year.)

And in the same motion, the supervisors asserted that, even though the county ordinance says “medical marijuana,” it really applies to adult recreational use, too. If the county had failed to do this, staff warned, then the it would have been legally obligated to tell the state it had no regulations governing adult use, which would have left the state free to issue licenses to growers, thus bypassing local control.

County staff has been working hard to get the latest updates to the CMMLUO in place before Jan. 1, when the state starts issuing cultivation permits, but the burden of planning commission workshops and public comments, they may not get the thing done in time, according to the staff report. These wording changes implemented today will allow the county to maintain local control until the updated ordinance goes into effect and the Coastal Commission signs off on its provisions for the coastal zone.

Neither measure met any resistance from supervisors, though their conversation revealed some things about the state of the industry in Humboldt and the state.

After a break to address the folks rallying and chanting outside council chambers, supervisors returned to talk about the growers who are “jumping the gun,” starting up operations before their permits have been issued.

According to Humboldt County Planning and Building Director John H. Ford, county staff will have collected 1,800 completed applications before the month’s out, “which is a tremendous achievement,” he said.

And while Planning and Building staff expects to issue more than 400 permits before the year’s out, only about 60 have been issued thus far. And fewer than 30 growers have been fined for violating the ordinance.

LAKEPORT, Calif. – The Lakeport Planning Commission will hold a special meeting devoted to taking input on new rules for commercial marijuana operations in the city.

The commission will meet beginning at 5 p.m. Wednesday, Sept. 20, in the council chambers at Lakeport City Hall, 225 Park St.

City officials said the meeting will focus on a review of possible amendments to the Lakeport Zoning Ordinance in order to develop procedures for the allowance of commercial marijuana, or cannabis, uses within the city of Lakeport.

The city’s goal is to reflect the changes in state law that have come about through the voter-approved Proposition 64, which legalized the personal use of marijuana, as well as laws passed by the State Legislature.

The commission’s meeting also will include a discussion on that recent legislation; potential use permit standards for uses including cultivation, manufacturing, testing and retail delivery; and appropriate zoning districts for those various uses, which staff is recommending should include service commercial and industrial zoning.

“The county’s first attempt to establish a business licensing model for medicinal cannabis dispensaries in unincorporated Marin was not successful this spring, but the county is committed to working with residents and stakeholders to develop a feasible model,” the county stated. “We have recently released a new medicinal cannabis delivery-only retailer licensing ordinance that incorporates revised State laws, and the recommendations made by patients, residents and industry members.”

The ordinance prepared by the Marin County Community Development Agency had been scheduled for consideration by the Marin County Board of Supervisors on Sept. 26, next Tuesday, and for final hearing on Oct. 10. With the delay, the matter will be the subject of a public workshop, and public comment will be invited during the supervisors’ meeting on Oct. 10. A final public hearing is scheduled for Nov. 14. All the meetings are at 1:30 p.m. in the board chamber.

The Mountain View City Council on Tuesday evening unanimously agreed to instruct the staff to begin studies on how best to allow commercial marijuana sales in the city.

Proposition 64, the Adult Use of Marijuana Act, made recreational use legal in California. The challenge for cities is to find a way to locally regulate its sales within their borders before Jan. 1, when the state can impose its own regulations locally, and start sucking up any possible tax revenues from sales.

And, there are other issues for Mountain View, including where it can be sold and under what conditions.

Council member Chris Clark wondered, could a restaurant on Castro Street be allowed to offer marijuana brownies to patrons?

Vice Mayor Lenny Siegel, noting that marijuana is already widely used in the city, said he saw legalizing and regulating its use as an economic opportunity.

The city is already struggling in the retail districts for businesses other than new restaurants, he pointed out.

“It’s time to stop thinking of it as a crime,” Siegel said. “It’s a product people want and can use it safely. We should allow it in the downtown area, along San Antonio Road, on El Camino Real.”

San Luis Obispo County is nearing the finish line on regulating commercial marijuana cultivation in the unincorporated areas of the county.

If you’re growing marijuana outdoors for commercial purposes in San Luis Obispo County and you have a permit to do so, you may have to get a new license to stay in business under a proposed ordinance now before the Board of Supervisors for final review.

The proposal also bans marijuana cultivation in the Carrizo Planning Area, which includes California Valley where many outdoor growing operations are located in the county.

“I think that’s a really good starting point”, said Marie Roth with the San Luis Obispo County Cannabis Business Association, “I would hope that the Supervisors would agree with that recommendation and let’s start there.”

The CCBA has represented the local cannabis industry during the lengthy county regulatory process. 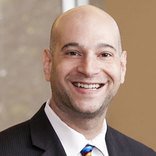