The lawyer for a 26-year-old Calgary man accused of trying to smuggle drugs through the Coutts border in November, is waiting for a resolution proposal from the Crown before he decides how to best proceed with the case.

During a hearing Thursday in Lethbridge provincial court, Lethbridge lawyer Scott Hadford said he is unable to take a step until he receives the early case resolution proposal, as well as some additional disclosure.

Crown Prosecutor Rosie Murphy pointed out, however, all of the disclosure had previously been sent to defence, but she never received a request for a resolution proposal.

Hadford, who believed he had already asked for the proposal, made the request again, and the matter was adjourned to Feb. 2, when he expects to take a step.

The accused, Gurkirat Singh, is charged with single counts of importing drugs and drug possession for the purpose of trafficking, both charges under the Controlled Drugs and Substances Act.

On Nov. 6 a commercial transport truck arrived at the border with a shipment of bananas. Border officials searched the vehicle and found 43 kg of cocaine hidden inside the load of fruit, then referred the matter to the RCMP’s federal Integrated Border Enforcement for further investigation.

Singh was charged the following day and made his first court appearance on Nov. 17.

Two weeks later another man was also caught trying to smuggle drugs over the border. On Nov. 21 officers with the Canada Border Services Agency seized 53 kg of cocaine following a search of a commercial transport vehicle at the Coutts border crossing. The drugs, worth about $5.3 million on the street, were hidden within a shipment of produce.

Jagroot Singh, 25, of Calgary was charged with single counts of drug importation and drug possession for the purpose of trafficking. His first court hearing was held Dec. 15, and adjourned to Jan. 26 to provide his lawyer time to receive disclosure from the Crown’s office. 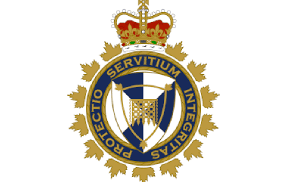