Thus, because the laws and rules governing immigration benefits and border crossings into the U.S. exist at the federal level, even the possession of marijuana continues to be unlawful as pertains to foreign nationals seeking to enter the country.

In the wake of this major shift in legal framework for our neighbors to the north, it is critical that U.S. employers and Canadian nationals be aware of the rules at the border and be smart about their interactions with U.S. Customs and Border Protection (“CBP”) officials.

In this article, we offer some background information, considerations and tips to keep in mind when deciding on whether to send a particular individual into the U.S. for business purposes and what types of questions may be posed by a CBP officer.

By way of background, CBP officers screen and inspect all foreign nationals entering the United States at authorized ports of entry to determine that they have authorization to enter and that they will otherwise comply with the terms of the person’s visa classification and the laws of the U.S. CBP officers enjoy nearly unfettered discretion when it comes to admitting persons into the country and it can be quite difficult to challenge their decisions. Moreover, CBP officers are trained to look for suspicious conduct or information and may even use certain tactics in an attempt to elicit incriminating information from a person that presents herself for inspection and admission into the U.S. Therefore, it is important that visitors be smart, alert and savvy when engaging with a CBP officer. They should answer questions succinctly and truthfully. To emphasize, lying or misrepresenting to CBP can have very serious immigration consequences, including not being allowed into the U.S. and potentially jeopardizing the individual’s eligibility for future immigration benefits and visas.

Below are some suggestions for employees traveling to the U.S.:

Below are some sample scenarios at the U.S.-Canada border and considerations:

The most likely way an issue would arise is direct and straight forward: The CBP officer asks if the person has ever smoked or does smoke marijuana. The individual answers ‘yes.’ The CBP officer then denies her entry on the basis that they now have reason to believe that the person will violate the laws of the U.S. once they are admitted because, from a U.S. legal perspective, the person has confirmed that they have engaged in illicit activity and, thus, might do so once inside the U.S. Importantly, this would not likely result in a permanent bar to entry, but it could be recorded in the CBP database and could render future attempts to enter the country problematic.

Bars to entry into the U.S.: If there is a formal finding of inadmissibility based on criminal grounds (e.g., drug trafficking or prior drug conviction or admitting to having committed acts that constituted a crime at the time of commission), the individual could become subject to a bar to reentry into the U.S.

In light of the foregoing, employers should use their judgment in considering whom to send for cross-border work engagements. If you believe an employee may have an issue or is not sophisticated enough to appropriately engage with the CBP officer, our attorneys can work with you in advance to best navigate the complexities of the U.S. immigration law system and find an appropriate solution.

Shaun Staller is a business immigration attorney with broad international experience, providing services in multiple languages. He counsels individuals and businesses across a variety of industries in adeptly navigating the complex and ever-changing U.S. immigration system in order to achieve their real world goals. He focuses his practice on employment-based visas and related compliance in both immigrant and nonimmigrant visa categories and also works closely with foreign entrepreneurs seeking to start new ventures or to invest in the U.S. Additionally, Shaun advises companies on employee documentation and compliance requirements and represents clients before federal agencies, including U.S. Citizenship and Immigration Services, the Department of Labor and the Department of State.

Shaun also provides legal counsel on family-based immigration matters and admissibility issues, including waivers of grounds of inadmissibility. He is also experienced in handling asylum applications.

Before law school, Shaun worked as a public policy and media professional, helping entities to build coalitions on the ground and to achieve their legislative goals throughout Pennsylvania.

What Clients Can Expect

The U.S. immigration landscape is a large body of technical rules and procedures that are both complicated and confusing. It is constantly in flux and can be intimidating to those seeking to live, work and invest in the U.S. Shaun relies on his deep bench of practical experience and knowledge of the industry to formulate tailored strategies based on clients’ actual circumstances and goals. He can effectively translate the jargon and present requirements, potential obstacles and timelines in a direct and accessible way and will also work to secure immigration status for dependent family members whenever feasible. 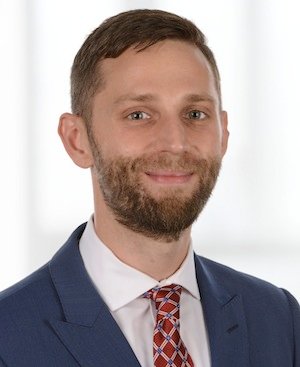