Canadian Professor Warns Bermuda Of Issues Ahead On Legalization of Cannabis

Bermuda needs to learn lessons from Canada about beating the black market in cannabis if it legalises the drug, according to a leading expert.

Professor William Bogart, who has written extensively on drug-related law issues, also urged that Bermuda pay special attention to protecting children if cannabis was made readily available, such as banning “edibles” – candy-styled variants of the substance.

Despite cannabis being legally available in Canada since 2018, roughly half of sales are still done on the illicit market, according to Mr Bogart.

The former professor of law at the University of Windsor emphasised that Bermuda would need to set tax levels on the sale of cannabis carefully to enable the over the counter market to out perform the illicit trade in the drug.

Bermuda’s move towards legalising the consumption and production of cannabis is stalled after Rena Lalgie, the Governor, announced last September that she had been “instructed” by the British foreign secretary to refuse to give Royal Assent to the Cannabis Licensing Bill, despite it having passed the House of Assembly.

This meant that reform of drug laws could not be enacted, leading the Governor to call for negotiations between Bermuda and London on the issue.

Mr Bogart, who is a regular visitor to Bermuda, said of the situation in Canada: “It was wishful thinking to believe that as soon as legal cannabis came in that the illicit market would evaporate.

“If you are making millions of dollars and you are not paying tax, then you are going to try and hang on to your revenue.

“People are migrating to the legal market in Canada but it’s a long way to go.

“The three driving factors are access, quality and price. The challenge for Bermuda is to ensure adequate access to the legal market.

“With legalised cannabis, the purchaser knows the strength. Tax is a crucial issue. The industry say they need to have a rate of return for it to be viable.

“While the public health attitude is that a level of tax needs to be in there, not just to cover regulatory costs, but to try to stop problematic use.

“The tax level is too high say the legal dealers – and that stops people from buying legally, they say.

“Tax would be a very important issue that Bermuda would need to sort through – price is a driver in terms of the legal or illegal markets.

“A big chunk of the market, about half, is still in the illicit market in Canada.”

Mr Bogart said that special attention was needed in relation to children and cannabis.

He said: “Campaigns like ‘Just Say No’ were not effective for most children.

“We need to look at what influences drug use – is the child doing well in school? Are they being influenced by their peer group, or parents who are using drugs?

“In Canada there has not been a big spike in cannabis use among children – legalisation didn’t become a driver.

“We need to focus on why children use drugs – alcohol, nicotine, cannabis.”

He added: “I would not favour edibles. Children are mistaking edibles for candy. What Bermuda could do is to delay edibles.

“Legalise cannabis if you want to, but delay edibles for one, two, three years, until you can assess the impact edibles have had on children in Canada.

“In this area I would come down on the side of protecting children.”

Mr Bogart said that any move to legalise cannabis would need constant monitoring.

“Bermuda would definitely need an evidence-based review, one that is not based on pressure groups who are on one side of the argument or another, but a review looking at evidence over time.”

Despite David Burt, the Premier, insisting in 2021 that refusing to give Royal Assent to the Cannabis Licensing Bill would “destroy” relations between Bermuda and Britain, he has been guarded in his public comments since London blocked the move to reform drug laws.

Kathy Lynn Simmons, the Attorney-General, said the Government stood by its policy commitment.

In the wake of the decision from Britain, she said: “The Government of Bermuda intends to continue to advance this initiative, within the full scope of its constitutional powers, in keeping with our 2020 General Election platform commitment.” 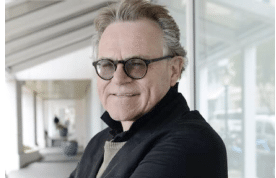