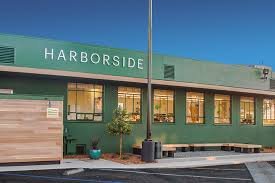 Heres the introduction to their take on the decision…

In a landmark U.S. Tax Court ruling, the years-long litigation of Harborside Health Center of Oakland came to a close: The business must repay business deductions taken between 2007 and 2012, due to the federally illegal nature of cannabis. Once again, the courts have held fast to Internal Revenue Code 280E.

The Harborside Tax Court ruling reinforces what the industry has already come to know and understand: IRS Code 280E will remain in effect for cannabis businesses, even those operating in state-legal markets. What’s surprising is the tone of the ruling, even as certain corners of the federal government seem to beslowly warming to the idea that cannabis can be a functioning and legitimate enterprise in the U.S. economy.

In the ruling, Patients Mutual Assistance Collective Corp. (d.b.a. Harborside) has been ordered to pay back potentially tens of millions of dollars in business deductions written off between 2007 and 2012.

The IRS “determined that [Harborside’s] sole trade or business was trafficking in a controlled substance and that I.R.C. section 280E prevented it from deducting business expenses.” Harborside had argued that its other non-cannabis revenue sources would shield it from the impact of 280E on its tax returns, thus allowing the business to deduct the cost of goods sold (COGS) across the board, including its cannabis sales.

The ruling included a quote from Judge Mark V. Holmes that sternly reinforces the financial rigor of IRS Code 280E: “Patients Mutual owns what may well be the largest marijuana dispensary in America. To the Commissioner that just makes it a giant drug trafficker, unentitled to the usual deductions that legitimate businesses can claim, unable even to capitalize its indirect costs into its inventory, and subject to penalties for taking contrary positions on its tax returns for the tax years ending July 31, 2007, through 2012.”

Holmes’ opinion offers an insightful primer into the relationship between state-legal cannabis markets and the federal government. He points out that the U.S. Department of Justice has been prevented from really enforcing the plant’s illegal, Schedule-I status through a number of appropriations riders out of the U.S. Congress (like the Joyce Amendment, for instance).

“But the IRS is part of the Department of the Treasury, and marijuana sellers must still contend with the Code,” he wrote.

The 1982 Internal Revenue Code section, known colloquially at 280E, has become a thorn in the side of an increasingly competitive and state-legal domestic cannabis industry—one that couldn’t have been imagined in the early 1980s. “Here [Harborside’s] major problem is section 280E, which prevents any trade or business that ‘consists of trafficking in controlled substances’ from deducting any business expenses,” Holmes wrote. (The phrase “consists of” is important, and the court returned to it later in the ruling.)

Harborside opened in Oakland in October 2006 under California’s Medical Marijuana Program Act. From 2007 to 2012, Harborside revenues climbed from $5.4 million to $25.5 million. Year over year, cannabis sales comprised more than 98 percent of revenue. (Cannabis sales included clones, flower and “marijuana-containing products,” according to the court’s interpretation.)

“All seemed well until July 2012,” Holmes wrote, “when the federal government filed a civil forfeiture action in the U.S. District Court for the Northern District of California. The lawsuit alleged that the property which Harborside rents and on which it operates its business was subject to forfeiture because it was used to commit the distribution, cultivation, and possession of marijuana in violation of 21 U.S.C. sections 841(a) and 856.”

That civil forfeiture action was dismissed in May 2016.

In that same period, from 2007 to 2012, Harborside’s tax returns were audited and subjected to three notes of deficiency, all having to do with claimed deductions and COGS. The IRS “asserted tens of millions in deficiencies and accuracy-related penalties,” according to the court.

Harborside’s attorneys argued that the federal government’s decision to abandon its civil forfeiture claim should mean, res judicata, that 280E has no bearing on its tax accounting—that the federal government had walked away from this case. But Holmes and the U.S. Tax Court saw it differently, writing that the two issues aren’t intrinsically related. “For there to be an identity of claims, two cases must ‘arise out of the same transactional nucleus of facts,’” he asserts. 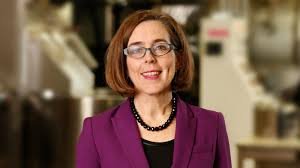 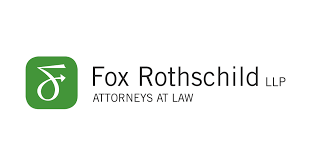