Sothy told Lisa to pick him up in Chicago because he was about to be released after three months of detention by immigration authorities on a marijuana-related charge. On the drive from Wisconsin with their daughter Emma, she received another call: Sothy said there was a mistake, and Immigration and Customs Enforcement was not going to release him.

Instead, the agency deported him back to Cambodia. Sothy, who had lived in Wisconsin for most of his life, would not be able to come back to his home in Sun Prairie, Wisconsin — ever.

“I thought I was going to get him to bring him home, only to be told ‘Sorry I will never come home,’ ” Lisa Kum recalled. “That was a hard drive to come back.”

Immigrants like Sothy Kum face severe consequences for marijuana convictions, even in states where it is legal for medical or recreational use. In Wisconsin, it is illegal for all uses.

Even though Gov. Tony Evers has proposed decriminalizing possession of small amounts of marijuana, that would be little protection for noncitizens, experts say. Cannabis remains illegal on the federal level — and any use or possession could result in immigration problems.

From 2003 to August 2018, more than 45,000 people were deported nationwide for possession of marijuana, according to the Transactional Records Access Clearinghouse (TRAC) at Syracuse University. Under federal law, any marijuana-related criminal conviction, except for a single conviction for possessing 30 grams or less of marijuana, can make even a legal resident deportable.

Despite the wave of marijuana legalization and decriminalization across the United States, Davorin Odrcic, a Milwaukee-based immigration attorney, tells his clients to abstain.

“What I generally recommend is someone to avoid even a citation for marijuana possession,” Odrcic said.

On Feb. 6, 2014, a postal inspector followed a package containing marijuana to the Kums’ home, at the time in Cottage Grove. Sothy Kum acknowledged that he agreed to pass along several packages of marijuana as a way to make money at a time when the couple had just launched its small business refurbishing printer parts. He was charged with possession of marijuana with intent to deliver and sentenced to three years of probation and community service.

Nearly two years later, on Dec. 18, 2015, police officers found marijuana at the couple’s company. The Kums claimed the marijuana belonged to others who had left it at the business. But the incident was deemed a violation of Sothy’s probation, and he was ordered to spend a year in prison.

Two weeks after Sothy was locked up, Lisa found out she was pregnant. She gave birth to their daughter in August 2016. Sothy was still incarcerated.

Sothy was released in December 2016, but that was not the end to his troubles. ICE took him to the Kenosha County Detention Center, where he was held for more than seven months then ordered to be deported.

He was released and returned home in August 2017 — two weeks before Emma’s first birthday. The two got married at their daughter’s birthday party.

“I have a hard time talking about this day, I try not to get emotional when I talk about it, but it was the last day he was ever home,” Lisa said. “That was Friday morning . we were ready for work, and there was a knock on the door . I saw the black SUVs out there and I knew it.”

ICE took him away again. On April 2, 2018, Sothy was deported to Cambodia — a country he had left at age 2 before arriving in the United States as a refugee in 1981.

Even immigrants who do not commit a crime can face problems. Any “violation of law,” which Odrcic described as a gray area, could cause someone to be ineligible to remain in the United States or to be denied entry to the country.

An immigrant who acknowledges using marijuana — even if it was in a state where it is legal — can face denial of an application for a visa to visit or a green card to become a legal permanent resident, according to the San Francisco-based Immigrant Legal Resource Center, which educates and advocates for immigrants’ rights. Such an admission also can block a legal immigrant’s ability to return to the United States — or even become a citizen.

Odrcic recalled a client detained for months due to a misdemeanor marijuana conviction, which he said is ironic, since these types of minor crimes rarely carry any jail time in the United States.

The Milwaukee lawyer said he had clients who were legal permanent residents who were convicted of marijuana possession of less than 30 grams. When the clients came back to the United States from abroad, they were placed into immigration court.

“So all of a sudden, the permanent resident can be placed into removal proceedings in the immigration court just (for) leaving the country,” Odrcic said. “Even if it’s a misdemeanor, it can carry really severe immigration consequences.”

Evers has proposed allowing expungement of records of convictions for possession of small amounts of marijuana. However, hiding a marijuana conviction from public view would not be of much benefit to the noncitizen from an immigration standpoint, experts say.

Under the current federal law, even if a noncitizen’s record of drug offense has been expunged, he or she is still considered as having been convicted of a crime that could result in removal from the country.

Erin Barbato, director of the Immigrant Justice Clinic at the University of Wisconsin Law School, said when it comes to immigration, expungement “doesn’t help at all.”

Zachary Nightingale, an immigration attorney from California, which has legalized marijuana for medicinal and recreational use, favors mechanisms tailored to noncitizens that would allow them to not merely shield but completely wipe past minor marijuana law violations from their records. Some jurisdictions, including Seattle and New York, are currently looking into such programs.

U.S. citizens can use cannabis in states where it is legal. But for noncitizens, the federal restriction comes into play.

ILRC advised people who have not obtained citizenship not to carry a medical marijuana card and to remove any marijuana-related social media posts. In April, two Denver residents were denied citizenship because of their work in Colorado’s legal cannabis industry. Denver Mayor Michael Hancock called the targeting of these immigrants by the federal government “horrible” and unveiled plans to inform immigrants about the risk.

Nightingale recalled one of his clients from California with an investment visa who invested in a marijuana business. When he went back to Germany to renew his visa, he discovered that because marijuana is illegal on a federal level, his visa was denied.

“He really thought he was following the rule,” Nightingale said.

At the border, a noncitizen’s admission to ever using marijuana could become grounds for denying admission to the United States. In some states such as Washington, where marijuana is legal, federal immigration authorities working at border crossings have been known to interrogate noncitizens about cannabis, according to the ILRC advisory.

What is even more confusing is that at the border between Washington State and Canada, where both sides have legalized cannabis, Canadians involved in the marijuana industry cannot cross the border for any purpose involving their businesses, Nightingale said, adding, “That doesn’t make any sense.”

Contact with police is one of the primary ways people can end up in removal proceedings, Barbato said. In the states where police do not arrest or prosecute people for possessing small amounts of marijuana, that could alleviate some of the consequences of cannabis use for noncitizens.

But in a state like Wisconsin, where marijuana is still illegal, that could result in a marijuana possession conviction, leading to further immigration consequences.

“In Wisconsin, if you’re pulled over and you have possession of marijuana, you’re likely to be placed in removal proceedings if you’re a noncitizen,” Barbato said.

While some sheriffs have declined to flag the immigration status of nonviolent offenders, others in Wisconsin actively cooperate with ICE. This includes sheriffs in Dodge, Waukesha and Kenosha counties.

According to TRAC, from 2015 to 2018, ICE arrested 49 people for marijuana sales or possession directly from state prisons and county jails. In that same time, ICE made 26 arrests outside of jails or prisons of immigrants caught selling or possessing marijuana.

Barbato’s advice: “Right now, if you’re a noncitizen, do not mess with marijuana. Stay away from it until it becomes legal federally.”

Sothy Kum now lives in Phnom Penh, Cambodia, a country he left as a toddler. Lisa Kum said her husband knew nobody there when he first arrived. After almost a year adjusting to life in Cambodia, in early March, he started a new job teaching 4th and 6th graders, she said.

Most of Sothy’s family, including his father, sister, three brothers and an adult son, are still in the United States.

After Lisa and Emma returned from a visit to Cambodia this spring, Lisa said the 2-year-old started missing her dad and occasionally woke up at night asking for him. In late July, Lisa sold the family business, packed four suitcases and moved to Cambodia to join Sothy.

Lisa said she had a “total meltdown” as she watched one of her adult sons wave goodbye as her bus departed for Chicago.

“Knowing we will be back to visit in a couple of months helps, since I know it won’t be too long before I see them again,” she said. “It makes me think of how sad Sothy has been without his family and how lonely and hopeless it must feel at times not knowing if he will ever see some of them again.” 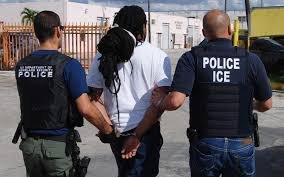