LOS ANGELES (CN) — A California licensed cannabis grower can’t avail herself of the federal racketeering statute to sue a group of former business partners because, a panel of the Ninth Circuit Court of Appeals said, under that statute operating a cannabis business is considered a crime.

The three-judge panel on Wednesday unanimously affirmed a judge’s ruling from over two years ago that Francine Shulman, an apple farmer turned cannabis cultivator, can’t sue under the Racketeer Influenced and Corrupt Organizations Act because it would provide her a remedy for actions that are unequivocally illegal under federal law.

“Looking to RICO as a whole, it is clear that Congress did not intend ‘business or property’ to cover cannabis-related commerce,” U.S. Circuit Judge Milan Smith Jr., a George W. Bush appointee, wrote. “When Congress enacted RICO, it expressly defined ‘racketeering activity’ to include the ‘manufacture, importation, receiving, concealment, buying, selling, or otherwise dealing in’ cannabis.”

An attorney for Shulman didn’t immediately respond to a request for comment on the ruling.

California is one of 18 states that have legalized recreational marijuana, creating a multibillion-dollar industry. Shulman, a successful, elderly California farmer, already was growing medical marijuana on her 1,100-acre Iron Angel ranch, named after her motorbike, near Lompoc in Central California. She saw an opportunity when recreational marijuana was made legal in the state her attorneys said in their opening brief with the court of appeals, and acquired new land, expanded her farming operations, and began to cultivate cannabis in an operation licensed by California law.

Since she needed financial backing and legal and regulatory guidance, she teamed up with Todd Kaplan, a self-described serial entrepreneur and the founder and CEO of Vertical Cos., a “seed-to-sale” legal cannabis business.

Kaplan and his associates, Shulman alleges, have forced their way into the California cannabis industry by subjecting numerous victims to a similar fraudulent scheme as she fell prey to by misrepresenting their acumen and skill in the cannabis industry, entering into business partnerships, and then refusing to abide by the contractual terms and instead trying to take over the victims’ business for themselves. 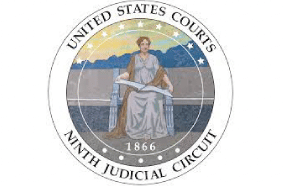