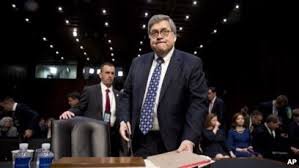 So.. how did his testimoney with regard to regulated cannabis go down with the industry mouthpieces ?

“We are pleased to hear Mr. Barr intends to respect state marijuana laws if he is confirmed as our next attorney general. His reference to the Cole memo suggests that he will maintain the policy of non-interference that has existed since August 2013. This is not only a sensible decision, but is one supported by a vast majority of Americans.

“We are also sympathetic to Mr. Barr’s call for a more consistent federal approach, provided it is one that respects the will of the people. To that end, it is time for Congress to pass a law that either removes marijuana from the federal Controlled Substances Act or formally exempts state-legal cannabis activity from its provisions.”

The ICBC ( International Cannabis Business Conference) sent out an alert after the conclusion of the day’s testimony that said the following.

William Barr’s pledge to refrain from meddling with states’ cannabis laws if he becomes U.S. Attorney General is just the latest evidence that cannabis legalization has moved into the mainstream position in our political discourse. It isn’t surprising that an issue that enjoys over 60% support would become so dominant, but it is remarkable how far the cannabis community has come over the years.

Over at the NCIA (The National Cannabis Industry Association) is also fairly positive with a note of caution from Aaron Smith the executive director of the association.

“Mr. Barr is correct in acknowledging that many Americans rely on the legal cannabis industry and the successful state marijuana programs operating throughout the country today. His pledge not to use Department of Justice resources to undermine state laws provides assurance to over one hundred thousand cannabis industry employees, thousands of legal businesses, and the many state and local governments reliant upon marijuana tax revenue.”

Read the full press release at

Cannabis business press outlet Ganjapreneur highlighted that Barr understood in his testimony that at some point Congress will have to step in with a Federal plan, Barr even admitted in the hearing that the “current system is untenable,” suggesting that Congress should pass legislation to address the disparity between state and federal laws.

Read their report at.

AG Nominee William Barr “Will Not Go After” Cannabis Companies

Sen Cory Booker (D) New Jersey who’s been in the conversation a number of years and will be a key player on the Hill if there is Federal progress. 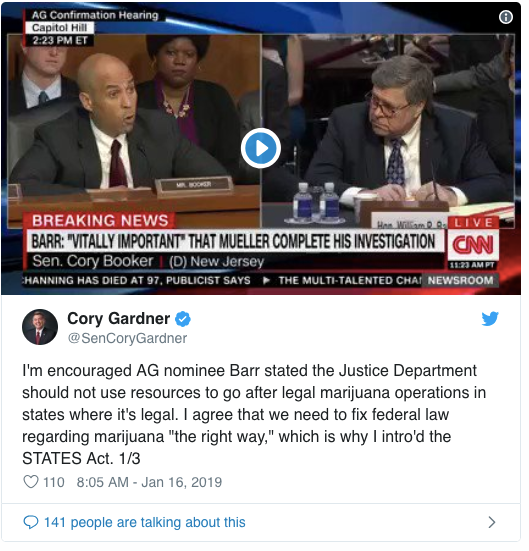 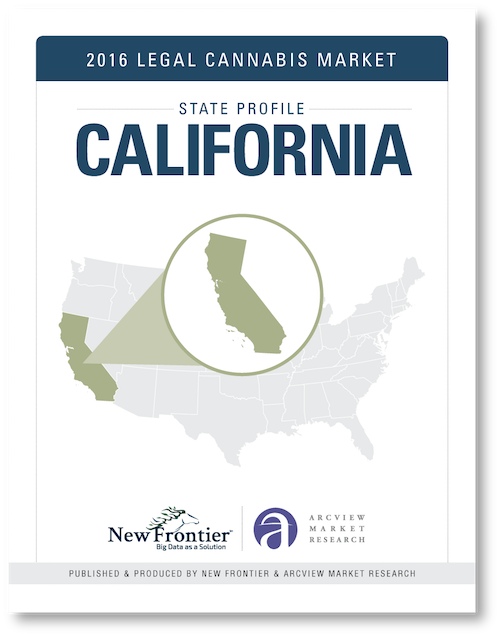 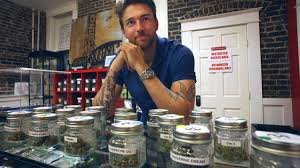