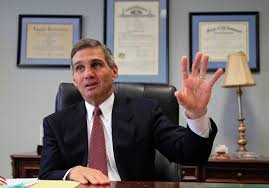 A handful of jurors did a remarkable thing in a New Orleans courtroom last week. I hope you’ll think about it the next time you’re called for jury duty.Jurors in New Orleans did a noble thing: They refused to try a man for possessing cannabis on Bourbon Street.

On Tuesday, Jabar Kensey, a server at the city’s famous French Quarter restaurant Antoine’s, went on trial for possessing an ounce of cannabis on Bourbon Street.

A few years ago Orleans Parish District Attorney Leon Cannizzaro and other state officials were exposed for their indefensible treatment of Bernard Noble, a middle-aged truck driver sentenced to 13 years in prison for possessing two joints while riding a bicycle. We covered his case extensively here at Leafly. It was like something out of Les Miserables.

Last Tuesday, Leon Cannizzaro tried to do it again.

Cannizzaro loves to “triple bill” defendants. He uses the state’s medieval three-strikes law to put low-level offenders in prison with double-digit sentences. Cannizzaro gets away with it in part because his parish’s public defender office is cripplingly understaffed, underfunded, and overwhelmed. Because of two prior non-violent convictions, Jabar Kensey faced a potential sentence of 15 to 20 years in Louisiana’s notoriously brutal prison system.

So into court went Antoine’s waiter Jabar Kensey, his life on the line for holding a product that’s legal and available seven days a week in ten American states.

Jury selection began. One after another, residents of Orleans Parish appeared before a prosecutor, a defense attorney, and Judge Dennis Waldron.

One after another, jurors were dismissed because they refused to consider a felony charge.

One after another, many of the jurors were excused. Why? Because they believed it was wrong for the state to send a man to prison for a decade for possessing an ounce of weed.

By the end of the afternoon, 20 of 25 potential jurors had been dropped. No more were available from the daily pool. Judge Waldron told Matt Sledge, a reporter for The Advocate, that a “significant” number of jurors had been dismissed by the prosecutor because they refused to consider a felony charge for cannabis. Waldron said many jurors spoke up about the injustice of Louisiana’s archaic marijuana laws.

Faced with a potential mistrial, the D.A.’s office cut a deal with Kensey. The Antoine’s waiter agreed to serve 12 weekend days in jail and forfeit $100 in cash.

Kensey’s attorney, Stavros Panagoulopoulos, told The Advocate that the jurors sent a clear message to Cannizzaro. “I think the District Attorney’s office heard [the jury’s] sentiments,” Panagoulopoulos said. “Given the current climate in our country with regards to marijuana, I think this was an appropriate solution.”

If common sense prevails, the Kensey case may help close the book on New Orleans’s shameful history of marijuana prosecution and over-incarceration. 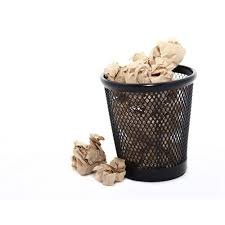 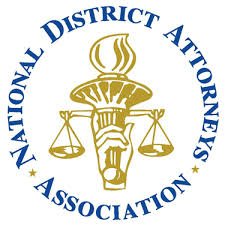