Cannabis Security Company, Helix, Says It is Not Liable For Adherence To Federal Overtime Rules Because Cannabis Businesses Are State Not Federally Mandated

CO security company Helix TCS are taking this to the Supreme Court to illustrate how keen they are on underpaying / exploting  workers. You must be proud of yourselves !

MJ Biz write in a rather vanilla fashion

The closely watched case could have broad implications on how state-legal marijuana businesses compensate employees.

What this sentence really means is that if Helix TCS get a favourable judgement it opens the doors to employee exploitation in the states that decide not to come down on companies like Helix TCS like a ton of bricks.

Just so we know exactly who we are dealing with here, we detail below the “executive leadership team” as they like to be known.

Here also is their suite of products and services so you are aware that they wish to produce the following with employees not operating under the minimum of Federal Labor Laws  https://helixtechnologies.com/leadership/

ZACHARY L. VENEGAS – CHAIRMAN OF THE BOARD 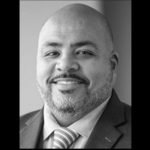 Zachary Venegas is Chief Executive Officer of Helix Technologies Inc., a business services provider and digital firm focused on critical infrastructure services for the regulated cannabis industry. He oversees the Company’s M&A strategy and spearheads long-term planning and growth initiatives. Prior to joining Helix Technologies, Mr. Venegas led Spruce Investment Advisors’ Strategic Advisory Group, closing a portfolio with a net asset value (NAV) of $500 million. He was the Co-Founder and Managing Partner of Scimitar, a Dubai-based private equity and venture firm, where he steered deal origination, negotiations, and capital raising, along with performing analyses at the macroeconomic and geopolitical levels to lead investments across four continents and multiple industries. Mr. Venegas received his MBA in Finance and International Business from New York University’s Stern School of Business and a bachelor’s degree in Classical Arabic and Portuguese Languages from the U.S. Military Academy, West Point. Prior to his business career, he served with distinction in the U.S. Army as an Infantry officer. He speaks Arabic, French, Portuguese, Romanian, Spanish and has a conversational command of Afrikaans and Swahili. 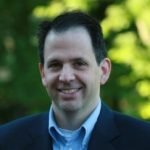 Scott Ogur, CFA, Chief Financial Officer of Helix Technologies Inc, oversees all accounting, finance, and investor relations functions.  Mr. Ogur has nearly 25 years of experience, including multiple CFO roles in small and medium-sized enterprises.  He was also the Chief Investment Officer of Scimitar, a private investment firm focused on frontier markets, during which time he partnered with Mr. Venegas on more than a dozen investments and dispositions. Prior to Scimitar, Mr. Ogur held accounting positions at JPMorgan Chase and Price Waterhouse.  Mr. Ogur is currently a director of MetricStream, a governance, risk, and compliance software company, as well as Independent Diplomat, a not-for-profit entity.  He has an undergraduate degree from Bucknell University in accounting, an MBA in finance from New York University’s Stern School of Business and is a CFA Charterholder.

Garvis recently joined Helix TCS as the President of Data Services. He brings a high level of expertise in data services and capital markets and will be leading Helix’s expansion into new commercial and capital markets. As President of Data Services, Garvis is responsible for integrating data analytics into the company’s suite of products to help clients grow in an uncertain space. He will also be assisting in increasing Helix’s presence in capital markets. Prior to joining Helix TCS Garvis served as the Global Head of Capital Markets for the NYSE  his role focused on supporting new listing acquisitions and liaising with investment banks, law firms, private equity, and venture capital firms to support capital market transactions. He previously served as the Global Head of Sales and Equity Capital Markets at Dealogic and also held senior sales management and divisional leadership roles at MSCI, J.P. Morgan, RiskMetrics and independent research provider CFRA. 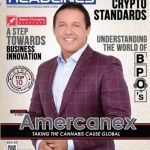 Dr. Steve Janjic has more than twenty years of experience in the financial markets. Prior to joining Helix Technologies, he was the Director of FX Sales at Tullett Prebon, one of the world’s largest and oldest institutional brokerage firms. At Tullett Prebon, Dr. Janjic established a global sales force focusing on Institutional e-Commerce and Prime Brokerage Sales/Distribution. Previously, Dr. Janjic was the Global Head of eFX/IRS Sales and Distribution at Christopher Street Capital (GFI Securities Group). He also held a similar position with Morgan Stanley’s FX Group. Dr. Janjic’s extensive experience includes successfully managing e-commerce trading room technology, most recently in low-latency e-trading technology, executable streaming prices, request-for-quote, execution algorithms, price aggregation, white-label solutions and pricing retail e-platforms. He has held a senior management position in several global organizations and played an integral part in the success in a number of thriving startup companies, such as the 2010 IPO of Gain Capital Group. Dr. Janjic studied finance at the University of South Carolina and obtained his M.D. from St Mary’s Medical College.

Paul has a 25 year track record as a successful entrepreneur.  He is a Principal and Senior Advisor of Riverstone Investments.  He currently serves as President and CEO of Yottabyte, LLC..  Prior to that he served as a principal of Netarx, a managed services organization, which tripled in valuation after he joined the company in 2010.  Earlier, Paul co-founded and was CEO of Codespear, a developer of broadcast alert and interoperable communications software which he later sold Federal Signal.  In 2007 he was a founding member of First Michigan Bancorp, Inc. (now Chemical Financial Corporation), a $20 billion bank holding company for which he was a director and chair of the IT Committee.  Other companies he has founded include Logicalis, which he grew to over $300M revenue and subsequently sold to Datatech, an international IT and managed services provider.  He was also a founder and director of the marketing and advertising agencies ePrize and Alteris Group.  Paul served as a director of the Michigan Strategic Fund from 2007 through 2012 per an appointment by the Governor.  Paul studied computer engineering at Lawrence Technological University.

Andrew is the Co-Founder and Managing Partner of Rose Capital. Andrew has 12 years of institutional investment and financial advisory experience, having invested, monitored and/or managed more than $800 million of capital in investments. Prior to forming Rose Capital, Andrew was a Co-Founder, Partner, and one of two Investment Committee members of Delos Capital, a middle market private equity firm. In 2016, Andrew was awarded the M&A Advisor 40 Under 40 Emerging Leaders Award for his efforts as Co-Founder and Partner of Delos at the age of 33. Prior to co-founding Delos, Andrew was a Principal of the Americas business for Vision Capital, worked at Apollo Management, GTCR Golder Rauner as well as Lazard. Andrew has a BBA from the Stephen M. Ross School of Business at the University of Michigan with a concentration in finance and accounting.

Satyavrat “Sat” Joshi is the Chief Investment Officer of Rose Capital. Over the last 13 years, Sat has deployed and/or managed in excess of $1 billion of capital into both public securities and private investments across the capital structure. Prior to joining Rose Capital in 2018, Sat held senior investment roles at Hillhouse Capital, Incline Global Management and Ziff Brothers Investments. At Hillhouse Capital, Sat was a member of the Global Financials team, where he spent the majority of his time on private equity opportunities in the financial technology sector. During Sat’s tenure, Incline Global Management saw its assets under management triple and was named as one of Barron’s “Best 100 Hedge Funds.” Earlier in his career, Sat was an Associate at Apollo Management, where he focused on lower middle market private investments as well as public debt and equity investments. Sat began his career at Lazard, where he was a member of its New York-based Restructuring Group.  Sat has a B.S. in Commerce from the McIntire School of Commerce at the University of Virginia with concentrations in finance and management.

A cannabis security company based in Colorado has petitioned the U.S. Supreme Court to review a lower-court decision requiring state-legal marijuana businesses to adhere to federal labor laws such as overtime pay.

In its petition, Helix TCS argues that a ruling last September by the U.S. Court of Appeals for the 10th Circuit in Denver should be overturned because federal labor laws shouldn’t apply to workers engaged in illegal conduct – behavior that violates the federal Controlled Substances Act.

The closely watched case could have broad implications on how state-legal marijuana businesses compensate employees.The 10th Circuit ruled that a lower court “correctly reasoned and case law has repeatedly confirmed that employers are not excused from complying with federal laws just because their business practices are federally prohibited.”

Helix countered that the 10th Circuit decision merely “deepens the confusion, conflict and lack of uniformity between state and federal law” regarding workers participating in the marijuana