Officials from AMC are taking legal action against the creators of comic book series The Toking Dead, citing copyright infringement on their hit series The Walking Dead. Reports the Calgary Herald.

The Toking Dead, published by Massachusetts-based publishers Still Toking Enterprise’s INC., is a comic strip about two friends who open a marijuana dispensary and, when disaster strikes and people mutate into zombies, they discover their weed holds the key to saving humanity.

According to legal documents obtained by TMZ, bosses behind The Toking Dead filed a trademark application back in August, 2017, but officials at AMC fired back with a cease and desist demand, claiming copyright infringement. 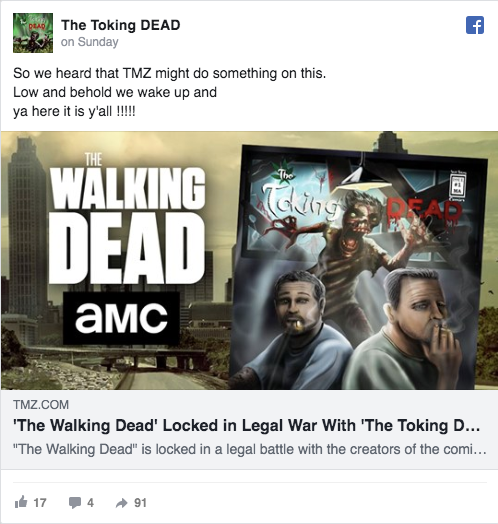 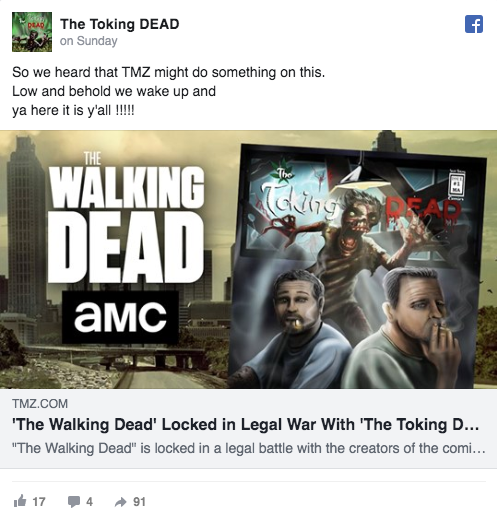 But the team working on the comic pushed ahead with the trademark and eventually published The Toking Dead in June, 2018 in New York’s The Daily Gazette.

Now, executives at AMC have filed an opposition to the trademark, with the legal battle between both companies ongoing. 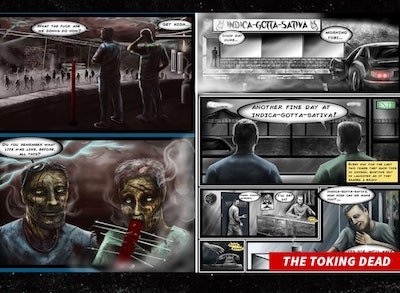