Viviane Sedola is the female cannabis leadership in Brazil and founded Dr Cannabis in early 2018. In 2019, she was honored by High Times magazine at the Female 50 event as one of the 50 most influential women in the cannabis market in the world. She serves as CEO of Dr. Cannabis, the platform that facilitates access to legal medical cannabis treatment for more than 3,000 doctors and 30,000 patients. Alfredo works as International Analyst for Marijuana Business Daily, also known as MJBizDaily, the leading business news information resource for the cannabis industry and host of a family of B2B trade shows, including the world’s largest, MJBizCon, held in Las Vegas every year. Alfredo specializes in international cannabis markets and regulations, drawing upon his extensive academic background in business and public policy. Bruna Cassanho has a degree in Chemical Engineering from Faculdades Oswaldo Cruz and a postgraduate degree in Sales and Negotiation Management from Fundação Instituto de Administração (FIA) in São Paulo. She currently serves as Product Specialist for the Chemical portfolio at Merck, serving the pharmaceutical, industrial and academic markets. Ivo Bucaresky is an economist, was executive secretary of CMED and director of Anvisa, having been one of those responsible for Anvisa’s first initiatives in the recognition and regulation of Medicinal Cannabis. Since 2017 he heads Orplavi Consultoria, a company specialized in consulting in the areas of regulatory intelligence, health economics and cannabis. Leandro Luize has a degree in Journalism from Faculdade Cásper Líbero. He has 23 years of experience, 18 of which are dedicated to corporate communications and content production for the pharmaceuticals sector. He is the journalism manager for all channels of Panorama Farmacêutico. Alex is a Digital Entrepreneur in series, he was a partner and founder of EduWeb and Affero Lab, the largest Corporate Education company in Brazil.

Until 2014 he held the position of Director for Latin America at the Canadian multinational Desire2Learn (D2L) and lived for more than 12 years in North America throughout his life.

Lucena founded in 2015 the company that participates in Startups 4H Tecnologia em Saúde, linked to the renowned Software Engineering Laboratory (LES) of PUC-Rio and angel investor of TRIA.health. Eduardo Schenberg, PhD, followed a solid academic trajectory at the interface between psychology, psychiatry and neurosciences.

He graduated in biomedicine and did a master’s degree in psychopharmacology at UNIFESP and concluded a PhD in neurosciences at USP.

He specialized in the subject of psychoactive drugs and their most varied effects focusing on psychedelic substances (ayahuasca, LSD, ibogaine, MDMA and psilocybin, among others). Tarso Araujo is a journalist, documentary filmmaker and consultant, specialist in health and drug policies. Writing articles on the topic, he has won the Abril Journalism, Esso Journalism and Gilberto Velho Media and Drugs Awards.

He is the author of the books Almanaque das Drogas-an Informal Guide to Rational Debate, (Leya, 2012) and Guide on Drugs for Journalists (Catalize, 2017).

In 2014, he created the Repense campaign, to raise awareness about the medical use of cannabis, and directed a series of shorts on the same theme, in addition to the feature film Illegal, about a group of mothers struggling to treat their children’s epilepsy with plant. Tom Zuber is founder and managing partner of Zuber Lawler and also the founder of the international cannabis consultancy company Global Go. Tom is the relationship partner for about 10 Fortune 500 customers, as well as government funds and entities.

He earned a JD degree from Columbia Law School, a master’s degree in public policy from Harvard University and a biomedical engineering degree from Rutgers University, where he graduated with the highest degrees. honors. Vinicius Alvarenga is a founding partner of Sinapse Social. Business administrator with relevant experience in the formation of multidisciplinary teams and business development. He served as CFO and COO in companies such as Construtora Tenda / Gafisa, Agua de Cheiro, Vivara Joias. Amanda Zani has a degree in Chemistry from Faculdade São Bernardo do Campo and a specialization in Business Management from Fundação Getúlio Vargas.

He has worked in the field of technical consultative sales for the laboratory for over 15 years, and for the past eleven as an international sales manager for the German companies Huber and Memmert, both specialized in thermodynamics and temperature control for laboratory applications, pilot plant and production in various industrial and academic segments. Paul Rosen is among a handful of seminal pioneers in the legalized global cannabis industry and one of his most active entrepreneurs, advisers and investors.

Paul Rosen was a co-founder of PharmaCan Capital Corp (NASDAQ: CRON; TSX: CRON) and served as its first CEO and president for four years.
Under Paul’s leadership, the PharmaCan / Cronos Group acquired stakes in several of the initial cannabis licenses granted in Canada and was the 3rd cannabis company to go public in Canada. He works with clinical research at USP and the University of Florida (USA). He has several works published in national and international magazines. She has represented cannabis companies for most of her legal career. After graduating from a major university in Spain, she received her LL.M from the USC Law School. She works in Portuguese and Spanish. Emilio Figueiredo has been a lawyer since 2004 and has worked in law and cannabis in Brazil for 10 years. He is on the executive board of Rede Reforma.

With a law degree from PUC-RIO (2003); postgraduate degree from the UFRJ Institute of Economics (2013); was a student in the “Drug Policy Reform” program at the Transnational Institute in Amsterdam (2014); graduated in Political Innovation from Academia Innovación Politica (2017) and is currently a master’s student in the Postgraduate Program in Justice and Security (PPGJS) of the Federal Fluminense University (UFF) as part of from the PsicoCult research group with an investigation into the participation of lawyers in producing the legal truth about Cannabis in Brazi Andres is President and COO at Clever Leaves. Prior to Clever Leaves, Andres was a Founding Partner of Mojo Ventures. Before being an entrepreneur, Andres was President/CEO at IQ Outsourcing, a leading Colombian Business Process Outsourcing Firm that is part of the Sanford Group of Companies. Andres obtained an MBA at HARVARD BUSINESS SCHOOL. He is B.S. Industrial Engineering and B.S. Economics from Los Andes University in Colombia of which he graduated with honors (top 3% of the class).

3 This is really something, interesting presenters, well worth the money, and i actually will learn something. 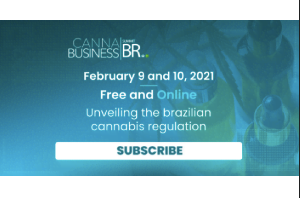