BROWNSVILLE, Texas — U.S. Customs and Border Protection (CBP) officers at the Brownsville and Matamoros International Bridge intercepted a load of alleged cocaine valued at approximately $154,833 hidden within a 2015 Ford.

“Our officers used their experience and available law enforcement tools to intercept these dangerous narcotics and carry out this seizure,” said Port Director Tater Ortiz, Brownsville Port of Entry.

The seizure took place on Saturday, Jan. 7, at the Brownsville and Matamoros International Bridge when a 22-year-old female United States citizen who resides in Brownsville, Texas, attempted entry into the United States driving a 2015 Ford. The vehicle was referred to CBP secondary for further examination after a primary inspection. While in the secondary inspection area, with the aid of a non-intrusive inspection system (NII) and a canine unit, CBP officers discovered five packages hidden within the vehicle. CBP officers removed the packages which contained a total of 11.59 pounds of alleged cocaine.

The estimated street value of the cocaine from the seizure is approximately $154,833.

CBP officers seized the narcotics along with the vehicle, arrested the driver and turned her over to the custody of Homeland Security Investigations (HSI) special agents for further investigation.

For more information about CBP, please click on the attached link.

U.S. Customs and Border Protection is the unified border agency within the Department of Homeland Security charged with the comprehensive management, control, and protection of our nation’s borders, combining customs, immigration, border security, and agricultural protection at and between official ports of entry. 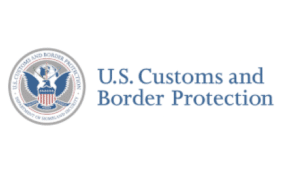