Charles Ballard Plaintiff Gets A Bhang For His Buck

A full settlement has been reached in an individual’s suit against  infused products manufacturer, Bhang, for allegedly misrepresenting the THC and CBD content of its chocolate products and breaching consumer-protection laws in California.

Ballard had originally filed the suit against Toronto-based Bhang Corp. in 2019, alleging that he purchased their Medicinal Chocolate with “a specific quantity of THC and CBD” specified on the labelling between 2016 and 2018 across Southern California.

Ballard later said he had an independent lab test the chocolate, and the results allegedly revealed that Bhang chocolate did not contain the amount of CBD advertised.

In a motion filed on Friday, Charles Ballard said “the lawsuit has been settled in its entirety as to all parties and all causes of action.” Details of the settlement weren’t made public.

In accordance with Local Rule 16-15.7, Plaintiff hereby submits this Notice of Settlement to notify the Court that the lawsuit has been settled in its entirety as to all parties and all causes of action. 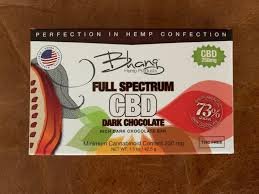