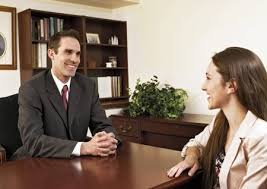 Cannabis Temple Garments Bishop’s Interview – what do these three concepts have in common? Well, the answer involves the State of Utah, and the Church of the Latter Day Saints [“LDS”], aka Mormons.

Perhaps a little bit of background is necessary to understand both the context and the influence of the Mormon Church on the process of attempting to legalize medical cannabis in Utah.

We thought it would be instructive to begin with an explanation of the significance of the background to properly understand the LDS view of medical cannabis.

To those outside a particular faith, the rituals and clothing may seem unfamiliar. But for the participants, they can stir the deepest feelings of the soul, motivate them to do good, even shape the course of a whole life of service.

The nun’s habit. The priest’s cassock. The Jewish prayer shawl. The Muslim’s skullcap. The saffron robes of the Buddhist monk. All are part of a rich tapestry of human devotion to God.

Not all such religious vestments are on public display. Some are seen only in places of worship. Temple robes of The Church of Jesus Christ of Latter-day Saints, known as the robes of the holy priesthood, are worn only inside Mormon temples and reserved for the highest sacraments of the faith. White symbolizes purity. There is no insignia or rank. The most senior apostle and the newest member are indistinguishable when dressing in the same way. Men and women wear similar clothing. The simple vestments combine religious symbolism with echoes of antiquity reflected in ancient writings from the book of Exodus

However, many faithful Latter-day Saints wear a garment under their clothing that has deep religious significance. Similar in design to ordinary modest underclothing, it comes in two pieces and is usually referred to as the “temple garment.”

Some people incorrectly refer to temple garments as magical or “magic underwear.” These words are not only inaccurate but also offensive to members of The Church of Jesus Christ of Latter-day Saints. There is nothing magical or mystical about temple garments, and Church members ask for the same degree of respect and sensitivity that would be afforded to any other faith by people of goodwill.

Temple garments are worn by adult members of the Church who have made sacred promises of fidelity to God’s commandments and the gospel of Jesus Christ in temples of The Church of Jesus Christ of Latter-day Saints.

First is when the Mormon lay leader of a congregation (usually the bishop and always male) calls in the boys and girls in his flock from age 12 on up for an annual interview to ask about their testimonies, church attendance, faithfulness to the LDS health code (called the Word of Wisdom) and adherence to the law of chastity.

The other type of interview is when penitent members go to their bishops to confess actions the church deems to be “serious sins.” This exchange may also delve into details of intimate sexual behavior. Outside of the religious context, such inquiries could be seen as inappropriate if not outright misconduct. But, of course, context is everything.

Part of the function of many religions is to encourage, discourage and even regulate certain behaviors so it makes sense for Mormon bishops to ask about sexual issues to help members, if need be, get right with God. The question becomes how to do that carefully and respectfully.

Bishops and interviewees “may review together … teachings in the scriptures or other church resources, such as “For the Strength of Youth,” a guide distributed to all young Mormons that includes the faith’s sexual standards.

The first polling data since Utah’s predominate Mormon church joined the fight against a ballot initiative to legalize the use of medical marijuana showed a drop in support for the measure, particularly among the faith’s most devout followers.

Published online Tuesday, the UtahPolicy.com poll found that overall support for Proposition 2 has dropped by 8 percentage points. A downward shift in the poll numbers was expected to follow Mormon church leaders’ decision to voice public opposition to Prop. 2 at a news conference on Aug. 23, and this poll was taken during August 22 – 31.

The faith does not oppose the use of medical cannabis, but leaders have said that they object to the specifics of the initiative, which they fear would create a host of public safety issues and societal harms.

The church’s public announcement was followed by an email blast that urged the Mormon faith’s members — who make up about 60 percent of Utah’s population of 3 million — to vote against the initiative.

“The best research on this has shown that very active Mormons tend to be responsive, especially when church leaders make their views clear.With just nine weeks until Election Day, maintaining majority support for the initiative will undoubtedly depend on how the messages for and against Prop. 2 play with voters, Karpowitz said.

“That the rhetoric on both sides will be more visible and harder to avoid,” he said. “If the Mormon church remains engaged on this issue and the message of opposition remains clearer than it was prior to the church announcement, I think that can have an additional effect,” he said. Utah Patients Coalition, which led the Prop 2 campaign. did not respond to requests for comment.

For some Latter-day Saints, following the church’s lead on medical cannabis use may be more complicated than towing the line on past issues that seemed more distant or less personal.

“All of us have been sick, and we can imagine, or we’ve known someone who has experienced chronic pain,” Karpowitz said. “The stories from patients who have used [medical cannabis] are likely to be among the most powerful messages that are sent. And that’s because no one wants another person to be in pain or to be suffering.”

Church leaders have acknowledged the benefits medical marijuana use has provided for some patients and the faith has not fought medical cannabis legalization efforts any other state. Only in Utah has the church sought to influence public policy and opinion. 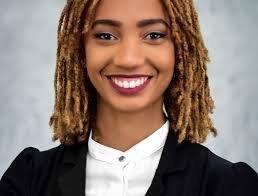 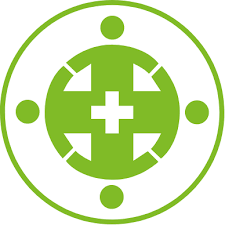 Hoban Law To Take The Lead On Hemp Policy & Regulation In Africa?