Colorado: Gov Hickenlooper Tells LA Times His Job Is To Deliver On The Will Of The People Of Colorado 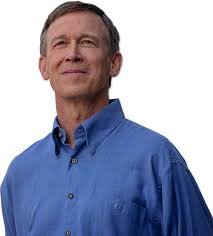 When Colorado voted to legalize recreational marijuana four years ago, one of the move’s chief critics was Gov. John Hickenlooper

The moderate Democrat said that if he could “wave a magic wand” to reverse the decision, he would. Then he called voters “reckless” for approving it in the first place, a remark he later downgraded to “risky.”

“Colorado is known for many great things,” Hickenlooper said. “Marijuana should not be one of them.”

But the governor’s views have softened. During a recent panel discussion at the Milken Institute Global Conference in Los Angeles, he said that despite opposing the legalization of pot, his job was to “deliver on the will of the people of Colorado.”

A field of marijuana plants in a converted bus depot in Denver.

“If I had that magic wand now, I don’t know if I would wave it,” he said. “It’s beginning to look like it might work.”

It was the latest in a series of comments Hickenlooper has made signaling what looks like an evolution of his views on marijuana. In April last year, during an interview with Fox Business host Maria Bartiromo, Hickenlooper said legal weed was “not as vexing as we thought it was going to be.”

And during an appearance on “60 Minutes,” he predicted that Colorado might “actually create a system that could work” in successfully regulating marijuana.

“The predictions of fire and brimstone have failed to materialize,” said Mason Tvert, spokesman for the Marijuana Policy Project, a national group working to reform pot laws. “Most Coloradoans, including the governor, recognize that the law is working.”

From the start, Hickenlooper saw the legalization of marijuana as a great national experiment, something utterly new in this country and fraught with potential public health and safety issues.

He fretted about a potential rise in drug use among children and was clearly uncomfortable with an amendment directly conflicting with federal law, which considers pot an illegal drug on par with cocaine.

There were plenty of snags at first. Marijuana edibles proved especially problematic because few people had experience with them. High-profile overdoses made national news. Just last week a lawsuit was filed against the maker of a marijuana-laced candy, alleging the product triggered a “psychotic episode” that caused a man to kill his wife in 2014.

Colorado is booming. The state has a 4.2% unemployment rate, one of the best in the country. High-tech companies are moving in. Small towns across the state, some once teetering on the brink of bankruptcy, have been saved by tax revenues from pot dispensaries. And the $1-billion-a-year cannabis business will pump $100 million in taxes into state coffers this year.

Andrew Freedman, director of marijuana coordination for Colorado, said the governor’s views reflect a growing sense of optimism about how the industry is regulated.

“In the short run, there have been a lot fewer public safety and health issues than the governor feared in the beginning,” said Freedman, who is often referred to as the state’s marijuana czar. “In the beginning, we had problems with edibles and hash oil fires but now, for the most part, Colorado looks a lot like it did before legalization.”

Law Suits & In The Courts Roundup 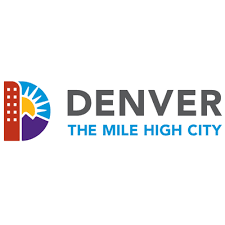 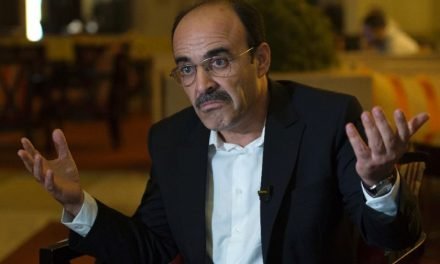