Nobody ever said it was going to be easy !

“We are concerned that if the House approves this bill, it will undermine broader and more inclusive efforts to reform our country’s marijuana laws,” the groups wrote to House Speaker Nancy Pelosi (D-CA) and House Majority Leader Steny Hoyer (D-MD) in a letter on Tuesday.

Hoyer’s office confirmed to Marijuana Moment last week that the House planned to vote on the cannabis financial services legislation by the end of the month.

“The Congress has a unique opportunity to address the myriad injustices created by this nation’s marijuana laws. For decades, people of color have suffered under harsh and racially-biased marijuana laws,” the groups, which also include Center for American Progress, Leadership Conference on Civil and Human Rights and JustLeadershipUSA, wrote. “The banking bill does not address marijuana reform holistically. Instead, it narrowly addresses the issues of banking and improved access to financial services, measures that would benefit the marijuana industry, not communities who have felt the brunt of prohibition.”

The letter is the most public sign yet of a dispute that has been brewing among advocates in the marijuana policy reform movement, with some seeing a successful vote on banking legislation as demonstrating momentum for broader reform and others expressing concern that the financial services proposal primarily helps the industry and could take the wind out of the sails of a full-scale push to end prohibition. 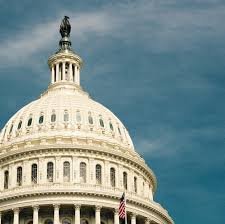