Costa Rica: Sala IV gives the green light to a bill that legalizes the production of hemp and medicinal cannabis

That means the initiative can be headed for its second debate and vote in Congress.

Alonso Mata, the spokesperson for the Sala IV, pointed out that no defects were found, either in form or in substance, in the file.

Independent legislator Zoila Volio, on hearing the court’s decision, asked President Carlos Alvarado to convene the initiative to the Legislative Assembly, given that the executive has current control of the legislative agenda.

The Minister of the Presidency, Geannina Dinarte, communicated that the project was immediately summoned to extraordinary sessions for a vote once the complete court ruling has been received.

On October 21, a group of legislators sent the initiative for consultation and in this way stopped the second debate while the magistrates of the Sala IV reviewed the request.

The initiative had been approved in the first debate with 33 votes in favor and 13 against. It requires second debate and voting, if passed by a majority, the signature of the President to become law. 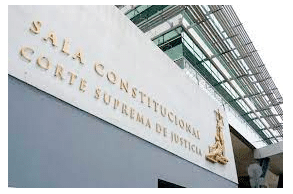