One speaker pointed out at last night’s meeting that Culver City took a smart procedural shortcut in adopting L.A. County’s well-thought-out ordinance. Perhaps this is something the other 85 or so cities in Los Angeles County who have not passed cannabis ordinances yet should consider.

Councilmembers Meghan Sahli-Wells and Jim Clarke asked city staff about any differences between Culver City’s ordinance and Los Angeles County’s regulations on the same topic. City staff explained that the City would be able to do its own code enforcement in addition to L.A. County’s enforcement of its own laws. A representative from L.A. County added that the County would be “in the lead” if a health issue arises, while Culver City would take the lead if there are any land use problems. Councilmember (and former Mayor) Sahli-Wells mentioned that Culver City, being much smaller than Los Angeles County, would be especially able to promptly enforce its cannabis regulations. The proposed regulation passed last night by Culver City’s City Council can be found here. The relevant L.A. County regulation can be found here.

Culver City will be issuing licenses in very limited numbers capping the number of licenses for each activity at:

Councilmember Sahli-Wells added that the public is encouraged to view Culver City’s cannabis/marijuana information page, which can be found here. 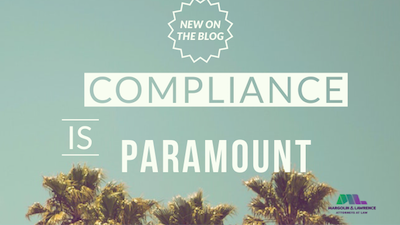 Cracking Down On Compliance

No Reason to Panic Over Attorney General Jeff Sessions’ Announcement

Ask an LA Cannabis Attorney: A Guide to the City’s New Licensing Regulations