For years, New York State has lagged behind its progressive-minded peers in the area of marijuana prohibition. As states like California, Massachusetts, Vermont and even Maine passed bills legalizing the drug, members of the New York State legislature simply haven’t been able to overcome minor differences in ideology to pass a legalization bill of their own, leaving New York with some of the most draconian marijuana laws in the northeast.

But that’s all about to change – sort of. On Monday, Gov. Andrew Cuomo signed a bill decriminalizing marijuana use a little over one month after the legislature failed to reach an agreement on a bill that would have legalized sales. But the decrim bill is the next best thing, supporters insist, arguing that it will help eliminate the racial disparities in arrests and sentencing, since it eliminates the hated “public view” loophole (which allows a cop to arrest a suspect who willingly takes a bag of marijuana out of his pocket, placing it in “public view”) while also making possession of anything up to one to an ounce punishable by a max fine of $50. Possession of between one and two ounces will be punishable of a fine up to $200, eliminating the possibility of jail time, regardless of an individuals criminal record.

The state assembly and Senate passed the decrim bill more than a week and a half ago. 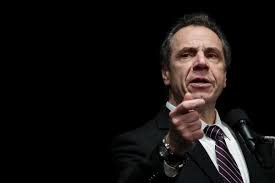