Portland company Cura Cannabis has finally completed the sale of its recreational marijuana business, nine months after announcing the deal with Massachusetts-based Curaleaf.

The deal closed Saturday at a fraction of the billion-dollar price initially touted after a series of setbacks that included lawsuits, a record financial penalty and layoffs.

The deal is now worth a little less than $400 million, though Cura’s owners can potentially double that total if the Portland company’s Select marijuana business hits newly established sales targets this year.

When Curaleaf restructured the deal for Cura and Select, it blamed last year’s vaping health crisis for depressing sales. It also cited unspecified “internal factors within the operations of Select” that resulted in the Portland company “underperforming as compared to its stated business plan.”

“The close of the Select deal is a major milestone in Curaleaf’s history and marks an unprecedented phase of growth for our company,” Joseph Lusardi, Curaleaf’s CEO, said in a written statement Monday.

Curaleaf did appoint a new board member Monday, however: Las Vegas orthopedic surgeon Jaswinder Grover. Grover has a long business relationship with Cura’s executive chairman, Portland investor Nitin Khanna, having been listed as a producer on documentary films on which Khanna also served as a producer.

Cura, which also went by the name of its Select recreational marijuana business, was Oregon’s largest cannabis company. It claimed sales of $117 million in 2018.

Cura’s sale closed following a spate of unannounced layoffs at Cura during the holiday season. The Oregonian/OregonLive confirmed the layoffs with multiple people who lost their jobs during the cutbacks but was unable to ascertain how many jobs the Portland company eliminated altogether. 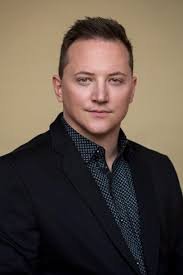