Here’s a bit more detail about the arrangement, tender, pricing

Elkoplast had a similar contract already last year, but the SUKL scrapped it. Due to this, medical cannabis was not available in Czech pharmacies from February to late May when it was imported from the Netherlands. The cannabis produced abroad was sold for a markedly higher price than the Czech product, however.

Blahuta said Elkoplast was the only bidder, but it met all the conditions of the tender.

The SUKL organised two tenders before, in October 2016 and January 2017, but failed to find a supplier.

Under the new contract, Elkoplast is to deliver 40 kilogrammes of medical cannabis at the price of 139 crowns plus VAT per gramme.

The first delivery should be available in Czech pharmacies in ten months. The company still needs to receive the licence for growing medical marijuana, MfD writes.

The missing licence was the reason why the SUKL terminated the previous contract with Elkoplast last year, after the firm supplied the first of the planned four deliveries. It sold one gramme per 68 crowns then, which is half of the current price.

Due to the scrapped contract, the Czech-made medical cannabis stopped being available for patients last January.

Elkoplast owner Ladislav Krajca said the firm will meet all the requirements now. “The conditions for cannabis deliveries are getting stricter and stricter. But we will manage to meet them,” he told the paper.

The contents of the active substances, cannabinoids, is precisely set and the cannabis may contain neither additives, nor bacteria, moulds and heavy metals.

Medical cannabis is available in the country only based on an electronic prescription for certain groups of patients with cancer, multiple sclerosis and HIV. One patients may buy up to 180 grammes a month. About two dozen doctors have the right to prescribe medical cannabis in the Czech Republic. 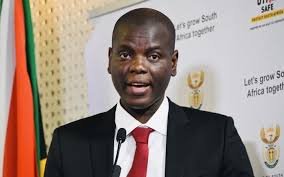 South Africa: Cabinet Officials Give OK To Submit Cannabis for Private Purposes Bill of 2020 to Parliament