Lonestar Cannabis Clinic is Dallas’ first provider to specialize in prescribing medicinal marijuana to eligible patients. Patients who meet criteria set by the Texas Legislature can book telemedicine appointments to see if medicinal cannabis is a good option for them.

The clinic, which cheekily opened on April 20, was joined by a progressive stance toward marijuana prosecution in Dallas. Earlier this month, Dallas Police Chief Eddie Garcia began ordering his officers to stop charging those caught with small amounts of marijuana for personal use. If a person has fewer than two ounces of weed and there is no evidence that they intend to sell it, officers will confiscate the drug and send them on their way without a ticket or a trip to jail.

Medicinal marijuana is legal in limited quantities and highly regulated within Texas. Only two medical cannabis distributors exist statewide, and both are limited to making tinctures, lozenges, and gummies for patients with specific diagnoses: terminal cancer, certain autism spectrum disorders, and other seizure disorders. But earlier this legislative session, a bill was unanimously passed out of committee that qualifies all cancer patients (not just terminal), those who suffer from chronic pain, and veterans diagnosed with post-traumatic stress disorder. It would also allow the Texas Department of State Health Services to expand qualifying conditions further without legislative approval. It would raise the THC concentration for marijuana products from .5 percent to five percent. While it isn’t a law and will need to pass both the house and the senate, a unanimous vote in a bipartisan committee is a good sign.

The Texas Compassionate Use Registry, which allows Texans to be prescribed THC, only has around 3,500 patients registered. Still, estimates say there are already 2 million eligible Texans. The new law would greatly expand the potential patient base.

Lonestar founder Dr. Christopher Chun is an anesthesiologist and interventional pain management physician, specializing in treating chronic and acute pain. He says he has a passion for expanding access to less-easily abused treatments for pain and nausea, trying to avoid prescribing opiates when possible. Chun studied the registry numbers for patients and providers and saw an opportunity to serve those patients.

“The amount of patients and need compared to the amount of physicians that prescribe is a vast difference,” Chun says. “It’s an underserved patient population in regards to this alternative therapy.”

One of Chun’s goals is to focus on patient education. He wants to ensure those who are eligible understand their options and the legality and possibilities of medicinal marijuana, which in many ways is as effective and less dangerous and addictive than opioids.

The clinic will begin with telehealth visits but he hopes to expand it to a brick-and-mortar clinic. Chun emphasized that the clinic is not dispensing the medicine but is only holding appointments with eligible patients and prescribing the treatment appropriately. At that point, one of the two dispensaries will deliver the cannabis to the patient’s home.

Chun says his reputation is conservative when prescribing painkillers. He says he wants to ensure everything is above board as the rules around marijuana change. Potential patients have to submit medical records that prove they have one of the qualifying conditions before they get an appointment.

“I don’t want someone to come in and say, ‘Hey, wink wink, I have Parkinson’s disease. Can I get a script?’” he says. “Being one of the first, as far as I know, primarily medical cannabis evaluation in DFW, I want to start on the right foot and make it a reputable practice that follows all the guidelines.”

Chun hopes to leverage his networks around Dallas to secure referrals for patients whose physicians are not on the Compassionate Use Registry to expand the clinic’s reach. Most physicians on the Compassionate Use Registry don’t advertise their position as boldly as Chun, due to the perceived stigma surrounding the drug. “If I want this to be a compliant, legitimate practice of true medical evaluation of these patients, I might as well own it,” Chun says. “I’ll put my face and name to it.” 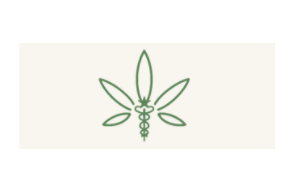