In a Wednesday filing in the Northern District of Oklahoma, the bank accused Dank of Oklahoma, a dispensary in the 6500 block of East 21st Street, of co-opting Bank of Oklahoma’s logo and font for its brand.

Dank of Oklahoma’s green hexagon logo with a marijuana leaf, font, and the slogan “What’s in your dank account?” were “clearly intended to evoke the services offered” by BOK, according to the filing. 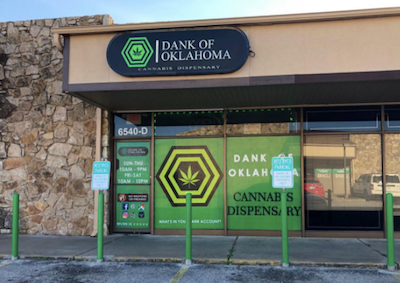