The House on Wednesday defeated a bill that would have created a taxable industry dedicated to the production and sale of legal cannabis.

The measure fell four votes shy of the 25 needed to move the bill to the state Senate. The final vote was 21-15 with five lawmakers — all Democrats — opting not to vote at all.

The defeat marked the end of a nearly two-year effort to join states such as Colorado and California in legalizing the drug for use by adults 21 and older.

“We’re devastated that the House of Representatives would vote against this citizen-led effort … and vote in favor of allowing the criminal market to control the most lucrative cash drop in Delaware,” said Zoe Patchell, head of the Delaware Cannabis Advocacy Network and the leading voice of the legalization movement here.

For co-sponsors Rep. Helene Keeley, D-Wilmington, and Sen. Margaret Rose Henry, D-Wilmington, the vote also signifies the end of a long crusade to reform Delaware’s marijuana laws. Both women are retiring at the end of their current term. 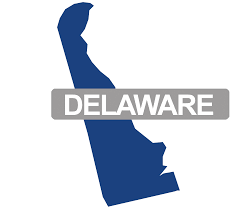