8. Addressed our failed approach to marijuana by pardoning all federal and D.C. simple marijuana possession offenses, urging governors to pardon offenses, and starting the process of @TheJusticeDept and @HHSGov reviewing how marijuana is scheduled.

Rice has repeatedly highlighted Biden’s pardons, which affect Americans who’ve committed federal marijuana possession offenses, as well as those who violated the law in Washington, D.C. She was among various officials who cheered Oregon’s governor for providing state-level relief following Biden’s call-to-action, for example.

On Thursday, Rice, who previously served as national security advisor under the Obama administration, listed the marijuana pardons and administrative scheduling review as one of 12 major accomplishments in 2022. 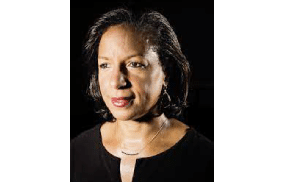