The Edinburgh Evening News reports that…

Edinburgh West Lib Dem MP Christine Jardine has called on the Scottish Government to intervene to allow NHS funding for  treatment, as has happened in Northern Ireland.

With regard to the following case

TWO years after the UK Government legalised medicinal cannabis, the family of Edinburgh eight-year-old Murray Gray is still having to pay £1,400 a month to treat his extreme form of epilepsy because they cannot get an NHS prescription for it.

Murray, who lives in East Craigs suffers from Doose syndrome and at one point was having 600 seizures a day, but cannabis-based medicines have dramatically improved his condition.

However, his specialists will not write Murray an NHS prescription because NHS guidelines say they must wait for UK trials, so his mother Karen has to go abroad to source the necessary drugs. 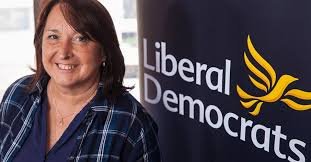