They are laying down the rules, although we imagine, if the experience is like anywhere else in the country they just won’t have time to deal with the avalanche of misdemeanors

EL PASO, Texas (KTSM) — Beginning Friday, the retail sale of recreational-use marijuana will be legal in New Mexico and with the proximity of El Paso to the Land of Enchantment, local law enforcement sends Texans a warning: don’t bring it into the state.

New Mexico is the first state bordering Texas to fully legalize marijuana. Because of that, law enforcement said they expect to see an impact in El Paso and across the state, such as more possession arrests in the coming months.

“So people that may be planning to go from El Paso into Sunland park, or closest neighbor, do whatever you will with it in New Mexico, but just don’t bring it back into Texas because if you are stopped by an El Paso Police officer, you will be charged accordingly,” Carrillo said.

New Mexicans 21 and older have been allowed to possess and use recreational cannabis since June.

“That’s always been an issue because we have Mexico to our South and then there’s always been the importation of marijuana, and stash houses here and the use here,” Carrillo said. “Then we had the influx from California when it became legal there and in Colorado, there was a big influx from different varieties of marijuana that was available and being brought, now that it’s going to be in New Mexico, a two-minute drive for some people if that.”

El Paso County District Attorney Yvonne Rosales issued a statement to KTSM on Wednesday in response to New Mexico’s legalization of marijuana and the potential impact on El Paso.

Continuing to arrest an individual without a lab test result will only create a backlog of cases that need to be tested, and the testing labs are already so far behind in testing because of the pandemic.”

Rosales said there is still no field test that officers can use to determine whether a substance has a THC concentration level above .3 and testing labs are prioritizing felony marijuana cases for testing purposes, or are just not testing these cases at all.

“Without a lab test definitively proving the substance is illegal, potentially subjects the El Paso Police Department to a civil suit for unlawful arrest and a violation of an individual’s civil liberties,” Rosales said.

In 2020, the El Paso City Council approved a cite-and-release program for lower-level marijuana possession charges. This gives police the discretion to issue a ticket instead of making an arrest.

The program went into effect in September 2020. Those eligible for cite-and-release must meet specific criteria:

The program is for Class A or B misdemeanors (Class A is for possession of 2 to 4 ounces; and Class B is for 2 ounces or less).

EPPD is required to provide quarterly updates to City Council on the program. According to the most recent report from February 1, 2022, only 10% of marijuana possession cases from September through November 2021 were accepted into the program.

During that time frame, there were 167 EPPD marijuana possession cases. Out of those, officers arrested 151 people and only accepted 16 as cite-and-release (10%).

“But any person should not rely on the fact that you know, they can be cited, I would count that the option is you can go to jail and face charges that way,” Carrillo said. 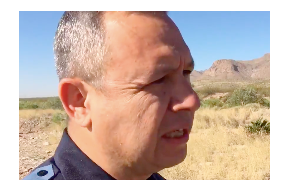