A federal agency wipes out $3.3 million to students who have medical authorization.

Because Maine allows the medical use of marijuana by students, the federal government is cutting off $3.3 million in already approved funding to support mental health programs for youngsters.

It isn’t clear whether the new federal policy may impact other grants received by the state.

The state won a five-year federal grant in 2018 that provided $1.1 million annually for a program called Maine-AWARE to assist in bolstering the social service infrastructure to support student mental health in three districts across the state.

Maine received the money for the first two years, but recently learned it won’t get any more due to a policy change in Washington that cuts off states that allow students access to medical marijuana.

Pender Makin, the state commissioner of education, said in a May 6 email to a local superintendent that “a new requirement” on the federal level cut off the funding in its third year “because of our state’s medical marijuana law, which requires schools to allow students who have written certification from their medical provider indicating their need for medical marijuana to receive such treatment while at school.”

Makin said Maine has a statutory obligation to permit students to use medical marijuana if they possess the necessary prescription for it.

The federal Department of Health and Human Services, which handles the Advancing Wellness and Resiliency in Education grant, also known as AWARE, did not respond to requests for comment Thursday or Friday.

Kelli Deveaux, director of communications for the state Department of Education, said Friday that officials don’t know yet if other grants may be impacted “by this new and arbitrary requirement.”

The loss of federal aid is a setback for a state that is trying to cope with an alarming amount of mental health issues among students.

A research letter published a year ago in JAMA Pediatrics found that Maine had the highest rate in the country of children diagnosed with depression, anxiety or attention deficit disorder.

More than one in four Maine children ages 6 to 17 had at least one of the disorders, the study found. About half of them did not receive needed treatment or counseling from a mental health professional, the researchers found.

The federal Health and Human Services division that canceled the grant, the Substance Abuse and Mental Health Services Administration, said the program it had funded focuses on “partnerships and collaboration between state and local systems to promote the healthy development of school-aged youth and prevent youth violence.” 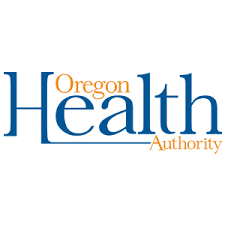