Here are our initial thoughts, at Cannabis Law Report, on the timing of his announcement.

At CLR we believe he planned his timing, to the tee, with regards to the Cole Memo.

Knowing full well that the excitement of the California launch would bring investors and speculators to the market on the 2nd and the 3rd . Today (the 4th) he, in inimitable Sessions style, knew that a spanner thrown into an ever faster running engine could cause maximum damage as investors flee the market.

This we know to be happening already. Although we believe stocks will rally after the initial scare dies down.

Is this his attempt to create a plethora of lawsuits, bankruptcies and general legal disorder? 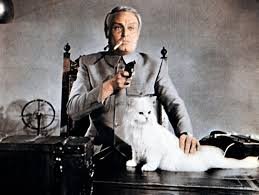 Is his  SPECTRE like plan  to sow  market confusion and combine that with the bonus of having endless  Federal employees to hand, with orders to obstruct and obfuscate the Cannabis sector.

Maybe the hope is  for a number of  landmark cases to end up in Federal courts across the land . With a judiciary that is now  encouraged to err towards rulings that would never have been considered with the Cole Memo in place.

Having watched the growth of the sector over the past 3-4 years here at CLR, we think he underestimates the resilience of a newly birthed sector in the larger economy.

Firstly, we believe, the  inventiveness and resilience of American capitalism will provide a natural foil to the Attorney General . Secondly, we know that the plethora of legal experts that have grown with the sector have some very firm opinions and will be expressing them in both the public and private sectors.

Sessions has, without doubt, just entered himself into a Afghanistan type campaign. Maybe we should be calling it War on Drugs 2.0. The other gremlin for him is , as we all know, his boss. Today it is Bannon, Palestine, North Korea and a couple of other Twitter battles we can’t recall. Tomorrow it could well be Sessions, one never knows.

Rod Kight our leading columnist is the first to pen a full article . You can read that in full here

The present state of the marijuana industry is largely based on these memos. Session’s memo explicitly withdrew these memos and their enforcement priority schemes. We are entering a brave new world.

The status of the law remains unchanged. Cannabis was always federally illegal, and there was always a conflict of state and federal law. Replacing the Cole Memo is wildly unpopular with both Democrats and Republicans.

This move by Sessions creates a hurdle for sure, but as long as there are veterans and patients, it will remain political suicide for federally elected leaders to support further prohibition.

To that end, Governor Wolf of Pennsylvania today announced he plans to protect patients. Indeed, Colorado Senator Cory Gardner said he would hold up Trump’s DOJ nominations over this policy shift. The state will fight back and so will voters in the next election.

In one stroke of archaic stupidity our attorney general has thrown 29 states and 2 more to come into a state of dread. Maybe republicans will hear the 64% of Americans which support medical marijuana and legislate away. Theil has the largest grow in California. Maybe he will call trump and change things.

Josh Horn partner and   co-chair of Fox Rothschild’s cannabis practice group  isn’t holding back with talk of a constitutional crisis.

This development, while anticipated for some time, could have a significant effect on cannabis markets, and especially on the financing of cannabis businesses. The action also provides the possibility for U.S. Attorneys to take aggressive actions against industry participants. It is too early to say what might happen with this rescission, but needless to say people in the industry should now follow legal developments in the area even more closely.”

The devil will be in the details, but a potential devil it is. For existing businesses, the gating question is whether the repeal of the Cole memo results in an actual change of federal enforcement activity.

If not, this could be much ado about nothing for existing business. However, for potential new market entrants (including investors), the AG’s move will regardless be a significant deterrent and States may become reluctant to put new legislation on the ballot.

This is a significant damper for many small and large businesses, constituents that a presumably pro-business Administration should support rather than quash.

From the perspective of clear federal law, General Sessions’ rescission of the Cole Memo has no impact on the thriving and expanding U.S. hemp industry.  The Sessions’ order explicitly is limited to marijuana, which is considered a controlled substance under federal law, even in the dozens of states that have legalized it.  By contrast, industrial hemp retains strong protections under federal law, specifically industrial hemp products that have been clearly exempted from the Controlled Substances Act for decades, as well as those that are derived from hemp grown or cultivated in Farm Bill-authorized state pilot programs.

While there is a clear legal distinction between hemp and marijuana, unfortunately much confusion remains in the marketplace, confusion that has been aggravated by inaccurate public statements made by federal agency officials.  I fear that the Cole Memo rescission will only exacerbate this confusion.

That’s why public education on the distinction between hemp and marijuana – and the clear economic benefits of the hemp crop for U.S. farmers – remains a critical goal for the US Hemp Roundtable and the national hemp trade associations that are our partners.  And that’s why it is so critical that in 2018, Congress pass the Industrial Hemp Farming Act to remove hemp permanently from the purview of the Controlled Substances Act, and unleash a vibrant U.S. hemp industry.

As an attorney specializing in cannabis Law, I do not believe there will be a huge change in relation to the new Memo issued by Sessions. A memo is a memo. If the Feds wants to enforce, they could have this entire time. They don’t want to. The Cole memo was merely a statement of priorities. Not binding. This memo just says they are leaving it to the US attorneys to decide, and just takes away some illusion of acceptance. 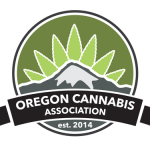 Today’s news that the Department of Justice is rescinding the Cole Memorandum has sent shock waves through the cannabis industry. The Oregon Cannabis Association stands with all of our members, industry partners and allies in every single state when we say the following: the war on drugs has failed.

While we are pending what Oregon’s United States Attorney Billy Williams will do, we want to thank our congressional delegates- Blumenauer, Wyden and Merkley for coming out strongly against this decision. We want to thank Governor Brown for working hard to protect everyone participating in the cannabis industry, patients and ancillary service providers as well as our Legislature and Attorney General Rosenblum. We will be protected because they are ALL willing to stand with us.

This has always been an industry built by pioneers willing to take chances no one else would. Today’s decision can not and will not tear down decades of hard work. And, with a vast majority of American voters in favor of cannabis legalization, the momentum around the movement will not be stopped. Perhaps this will be the last gasp of a failed drug policy and what is needed to push Congress to act.

The OCA will continue to fight, both in Oregon and through our DC lobby trips, for you and your business to be able to operate safely with no threat of federal prosecution. We will be by your side no matter what- fighting for a true end to prohibition. Please do not hesitate to reach out to us with questions or concerns.

The Cole Memorandum is one of two Federal pillars that have supported the cannabis industry and allowed it to flourish in 2017, the other is the Rohrabacher-Blumenauer (Formerly Rohrabacher-Farr) amendment which hangs in the balance of the upcoming passage of the 2018 Federal Budget.

If the amendment passes, the Cole Memorandum is less critical, but either way, if the AG believes that the people of this country and supporters of the cannabis industry will take this lying down, he is delusional, but we already know that he is.

Let this be the impetus which motivates our impotent representatives:

– To actually represent the vast majority of the population who wishes this plant simply be regulated.

– To allow tax paying business to simply deposit money into a bank.

– To provide access to a miraculous plant and its countless benefits that are now well documented.

– To accept the fact that despite a century of propaganda paired with qazi governmental & corporate conspiracy, the war on drugs is lost.

– To get out of the way of adults who choose to consume a far less dangerous or detrimental form of recreation via a LEGAL, REGULATED & TAXED substance.

We are an industrial hemp grower for CBD as well as extractor and processor of CBD oils and products.

Our farm and operation is in Colorado and we have grown since the first year it was made legal by Colorado and overseen by the Department of Agriculture of Colorado.

Obviously, we are very concerned about this latest move by Sessions as a giant step backwards that could result in denying the people of Colorado, and the country, the benefits of the miracle of CBD oil.

On a more personal note, as it is with all of us in the Cannabis industry, this has the chance to wipe out our collective massive investment in land, equipment, labor, et.

Senator Gardner, a Colorado hemp activist  had a commitment from Sessions, before he confirmed him as Attorney General, that Sessions would NOT do what he has just done. I can only assume, since Sessions went against his own word, he is being directed by outside interests.

If that is the case, Sessions has fired the first shot across the bow for Big Pharma and this is only the beginning if we don’t rally and stop this in it’s tracks.

I have been a strong Trump supporter, I would have expected him to quell this action If not I would suspect he is not whom he seems to be.

More of a ‘tempest in a teapot’? I actually think this stirring of the pot helps raise national awareness and may help stimulate the Fed to honestly have to consider legalization options.

I believe Mr. Sessions likely could not resist all of the ‘Cannabis Chatter’ this past week or so and seeing as the DOJ recently discarded several other Memos and documents and not the Cole Memorandum late last year … what has changed since then?

Publicity and the California story combining with the other 8 states and DC showing strong gains and I think he just could sit still with such activity … but I could be wrong?

Where are the hoards of dead bodies? Sadly, an obviously accomplished person on many levels, continues, for whatever the real reasons, to perpetuate falsehoods about a plant safely used for thousands of years.

My hunch is that this most recent missive is a merely a diversionary tactic to focus people’s attention away from things that really matter. Eighty years of falsehoods makes for an target.

However, when ignorance at this level has a pulpit, it’s hard to say what the outcome will be. I, however, believe cooler heads in business and of course the politicians, who thrive on taxes for redistribution, will prevail. 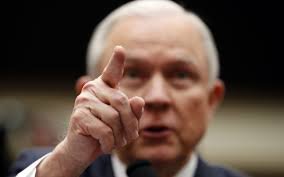