The Florida Supreme Court heard arguments via teleconference Wednesday on two issues that could significantly alter the state’s marijuana industry.

One case is a longstanding issue of whether the vertically integrated structure of the Florida’s medical marijuana industry violates the state constitution.

If the Supreme Court agrees, Florida’s medical marijuana market would open up to stand-alone licensing opportunities.So far, lower courts have agreed with the assertion by the plaintiff, Tampa-based firm Florigrown, that the state law requiring vertical companies runs counter to a voter-approved constitutional amendment that legalized MMJ in 2016. 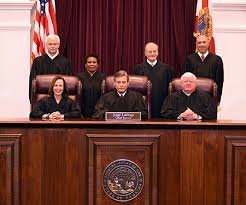