The council visited dispensaries in other counties earlier this year and agreed that they would not be harmful to the city and agreed their operation and contribution, as the medicinal benefits of the drug were becoming better known, were impressive.

“I would support … the lifting of the ban,” said Councilman David Ryan during a February council meeting.

The city can be a part of the change or “let the wave pass us by,” he said. “I don’t see a downside to this.” 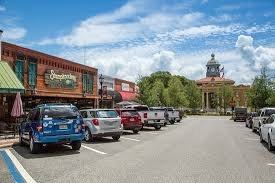