The vote took place May 18 following the efforts of a local political action committee to get enough signatures to put the ordinance on the ballot.

The Ban Recreational Marijuana PAC acquired “almost twice” the amount of signatures required to move the ordinance forward, according to its Chairperson Edgar “Ed” Issler.

“I’m very proud of the committee and everybody who helped gathered the signatures because a major part of that signature gathering experience was done during this (coronavirus) pandemic,” he said during a council meeting May 4.

The committee excluded from the ban medical marijuana and hemp derived products containing 0.3% or less of THC..

On May 4, City Council voted unanimously to schedule the referendum for the countywide primary election on Aug. 18.

Vice-chair Jared Grifoni said the ordinance could have unintended consequences because it was “poorly drafted.”

“It never properly defines what medical marijuana is under Florida statue,” he said. “This could […] prevent medical (cannabis) patients from getting access to their medicine locally.” 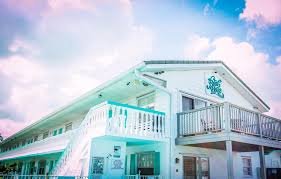