In a rare move, the Florida Supreme Court heard additional oral arguments Wednesday on a case to decide whether the state’s medical marijuana licensing scheme is unconstitutional, with questions focusing in large part on whether the system is closed or open.

The case will decide if Florida’s vertically integrated market should be opened to stand-alone business licensing opportunities.

Joe Jacquot, an attorney with the Florida Department of Health, argued that state lawmakers and regulators put in place a system of an “expanding bucket of licenses” that satisfied the constitutional amendment to ensure the availability of medical marijuana.

Countered Katherine Giddings, the attorney for Tampa-based Florigrown, which sued the state in 2018 over the licensing: “This is anything but a free market; it’s created a monopoly of a few entities.”

If the state Supreme Court upholds the constitutionality of the system, that decision would run counter to Leon County Circuit Judge Charles Dodson’s ruling that licensing limits imposed by a 2017 law violated the MMJ constitutional amendment approved by Florida voters in 2016.

At one point, Dodson told Florida regulators to quit stalling and issue additional MMJ licenses, but the state instead decided to appeal his ruling.

The state made these arguments Wednesday: 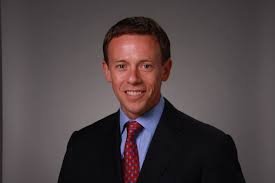