France’s Council of State has definitively lifted the ban on the sale of hemp flower and leaf loaded with cannabidiol (CBD), the non-psychotropic molecule of cannabis, overruling a government decision to ban it at the end of 2021.

On 30 December 2021, the French government authorised the sale of products containing CBD with a psychotropic THC content less than or equal to 0.3 percent, but at the same time banned the sale of hemp flowers and leaves.

However on Thursday, the Council of State – the body that advises the government on legislation and acts as a supreme court for administrative justice – ruled that a general and absolute ban on the marketing of the substance in its raw state was “disproportionate”.

CBD flowers and leaves are presented like regular cannabis, generally in the form of a dried green plant ready to be crumbled and smoked.

But unlike traditional cannabis, which contains THC, CBD, which can already be sold in oil or herbal tea form, is no longer considered, even in its smokable form, as a psychotropic drug by the French justice system.

France’s highest court ruled that the sale of CBD in leaf and flower form does not “create a risk to public health” that could justify its ban.

“The harmfulness of other molecules present in cannabis flowers and leaves, in particular CBD, has not been established,” it maintained. 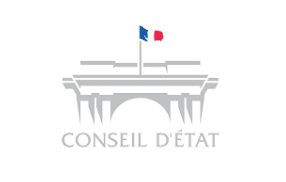