GACP and GMP in the Medical Cannabis Industry

The distinction between Good Agricultural and Collection Practice (GACP) and Good Manufacturing Practice (GMP), particularly for the drying step of medical cannabis flowers, has recently created some confusion in the cannabis industry. 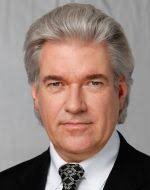 These basic rules are namely the rules on GACP and GMP. For the import of cannabis from a country outside of the European Union, a national certificate of the third country must be available, which confirms the GMP conformity of the foreign manufacturing site and which was accepted in principle within the framework of a Mutual Recognition Agreement (MRA) between the third country and the European Union.

If such an MRA does not exist, the competent national authority must itself inspect the establishment in the third country in order to issue its own GMP certificate. This is generally a lengthy and costly procedure.

In the interests of many companies, ways are now being sought to avoid the long and costly process of GMP certification in third countries. One of these ways is that medical cannabis flowers are cultivated and harvested in conformity with GACP in a third country and then processed in conformity with GMP in the European Union. As such, only the initial cultivation and processing steps would be carried out at the foreign manufacturing site and no GMP certificate of the foreign manufacturing site would be required since only processing steps which do not yet fall under GMP would be carried out there.

Whether this is possible depends essentially on which specific processing steps are carried out in the respective manufacturing site and which rules of GACP and GMP apply to which processing steps. This is particularly questionable for those parts where GACP and GMP overlap: namely cutting, drying and packaging.

In Germany, the solution depends largely on the interpretation of the GMP guidelines by the competent authorities. The Düsseldorf district government, for example, assumes that drying, cutting and packaging of cannabis flowers is already covered by GMP and therefore an import certificate is required if these steps are carried out in a third country.

If instead the flowers are first imported into another Member State of the European Union and then shipped to Germany, the interpretation of the authorities of the respective Member State is decisive.

It remains to be seen whether a clarifying standardization will take place in near future. 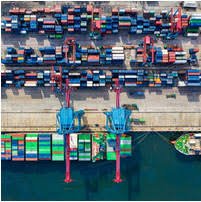