Hong Kong police have confiscated HK$13 million (US$1.6 million) worth of cocaine and arrested a local man before the drug was circulated in the city’s underground market to meet the festive season demand.

The 16kg (35lbs) haul was discovered in a plastic box the 26-year-old suspect was allegedly moving out of a rental flat in an industrial building on Wo Liu Hang Road in Fo Tan at about 4.30pm on Tuesday. Officers from the narcotics bureau, who laid in wait after receiving intelligence, then intercepted the man.

“Inside the box, 16 bags of cocaine were found along with packaging equipment,” Senior Inspector Ching Sze-kei of the bureau on Wednesday said. “Each bag contained 1kg of the drug. The seized narcotic had an estimated street value of HK$13 million.”

The man, who worked as a garage mechanic, was detained on suspicion of drug trafficking – an offence punishable by up to life in jail and a HK$5 million fine. 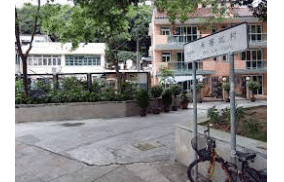