VICTORIA, Texas — A gang leader from the Texas Chicano Brotherhood was sentenced to 10 years in federal prison Jan. 10 for his role in a cocaine trafficking conspiracy following an investigation by Homeland Security Investigations (HSI) Victoria, with assistance from the Texas Department of Public Safety; Bureau of Alcohol, Tobacco, Firearms and Explosives; Starr County District Attorney’s Office; Hidalgo County District Attorney’s Office; and Texas Office of the Attorney General.

Tony “Klownman” Torres, a 53-year-old resident of Harlingen, was sentenced in the U.S. District Court for the Southern District of Texas to 10 years in prison to be immediately followed by five years of supervised release for conspiracy to possess with intent to distribute cocaine and being a felon in possession of a firearm. Torres pleaded guilty to the charges Nov. 8.

The Texas Chicano Brotherhood is a prison gang operating primarily in the Rio Grande Valley. Many members of the criminal organization have been convicted of crimes that include murders, home invasions, kidnappings, and drug trafficking.

“Gangs like the Texas Chicano Brotherhood often rely on trafficking deadly narcotics to fund their operations and other illicit criminal activities,” said Assistant Special Agent in Charge of HSI Corpus Christi and HSI Victoria Mario Trevino. “By working alongside our federal, state, and local law enforcement partners to disrupt their drug trafficking operations, we are able to keep these deadly poisons from destroying countless lives and prevent the gang from raising the criminal proceeds that they need to reign terror on our local communities.”

The investigation began in 2016 and revealed the drug trafficking operation involved the distribution of over five kilograms of cocaine. It led to the identities of at least 70 Texas Chicano Brotherhood members and exposed the organization’s rank and structure.

Torres was one of two generals in the gang and oversaw the group’s criminal activities after they were released from prison. Torres was found to have distributed cocaine in the Harlingen area as his part of the overall conspiracy.

Ultimately, law enforcement conducted a search warrant at his residence which resulted in the seizure of a .357 Smith & Wesson revolver. As a convicted felon, Torres is prohibited from possessing a firearm or ammunition under federal law.

Torres will remain in custody pending transfer to a U.S. Bureau of Prisons facility to be determined soon.

Torres is the third high-ranking member of the gang to be sentenced because of the investigation. In 2020, Ricardo Garcia and Rafael Diaz, two fellow gang leaders in the Texas Chicano Brotherhood who both resided in Rio Grande City were sentenced to 20 months and 145 months in prison respectively.

For more news and information on HSI’s efforts to aggressively investigate gangs and drug trafficking in Southeast Texas follow us on Twitter @HSIHouston. 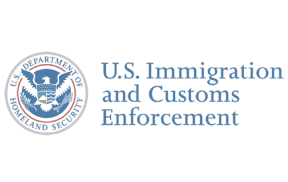