The Social Court of Berlin and Brandenburg ruled that the health insurer must cover the cost of dronabinol drops for at least one year.

The news is positive for patient access to medical cannabis and companies looking to capitalize on the burgeoning market.

The decision of the Neuruppin Social Court of March 19, 2020 is repealed. The respondent is obliged by means of an interim order to supply the applicant with oily dronabinol drops 25 mg / ml for one year, at the latest until a final decision in the lawsuit S 32 KR 208/18. Apart from that, the complaint is rejected.

The respondent has to reimburse the applicant for the extrajudicial costs for the entire procedure.

The applicant’s complaint is admissible and justified to the extent indicated in the operative part. It has made the claim and reason for the order credible to an extent that justifies the anticipation of the main issue (Section 86b (2) of the Social Court Act [SGG] in conjunction with Section 920 (2) of the Code of Civil Procedure).

2
The legal prerequisites for a supply with dronabinol exist in an almost ideal-typical way. According to Section 31, Paragraph 6, Clause 1, Fifth Book of the Social Security Code (SGB V), insured persons with a serious illness are entitled to receive, among other things, drugs containing the active ingredient dronabinol if (1.) a generally recognized service corresponding to the medical standard (b) im According to the justified assessment of the attending contract physician, taking into account the expected side effects and taking into account the state of illness of the insured person, and (2.) there is a not entirely remote prospect of a noticeable positive effect on the course of the disease or on serious symptoms . According to § 31 para.

3
It is undisputed that the applicant has a serious illness within the meaning of the norm that has a lasting effect on quality of life. The applicant, born in 1974, is receiving a disability pension. She essentially suffers from a very pronounced restless legs syndrome with massive sleep disorders, a chronic pain disorder with somatic and psychological factors, a migraine, a recurrent depressive disorder, an emotionally unstable personality disorder (borderline) and tinnitus (cf. treating and Dronabinol prescribing specialist in neurology Dr. K. T in the doctor’s letter of October 21, 2019 and in the report of January 28, 2020 as well as the P ambulanz R Kliniken GmbH, DM U. M, specialist in neurology and psychiatry, in the report of 3 February 2020).

4th
Even the very pronounced restless legs syndrome fulfills the characteristic of a “serious illness”, which the respondent and the MDK also assume and which therefore does not require any further in-depth analysis (cf. in this respect also Federal Social Court, judgment of September 26, 2006, B 1 KR 14 / 06 R, quoted from juris, paragraph 11 there).

5
The further, central feature of the “well-founded assessment of the treating contracted doctor” (here: the specialist in neurology Dr. K. T) is also met with regard to the aspects of whether a generally recognized service corresponding to the medical standard in individual cases, taking into account the expected Side effects and taking into account the state of illness of the insured person cannot be used and whether there is a not entirely remote prospect of a noticeable positive effect on the course of the disease or on serious symptoms.

6th
The neurologist Dr. T insofar, among other things, in the doctor’s letter of October 21, 2019 and in the findings report of January 28, 2020, how serious the applicant’s ailments are overall and which pharmacological therapeutic approaches in particular were pursued. All drug options have been used and exhausted without achieving sufficient treatment success in the case of massive side effects. The doctor’s statements are substantiated and describe in detail the respective, also non-drug treatment approaches. From the doctor’s point of view, if the condition remains the same, the (non) drug therapy has been exhausted and the applicant is “exhausted”.

7th
In a next step, the doctor considers “as a last resort in this severe case (…) an attempt at therapy with cannabis in the form of dronabinol drops to be indicated,” she hopes for an improvement in the symptoms of the disease and sees no alternative. To prove a possible positive effect of the dronabinol drops on the course of the disease, the doctor then cites several studies on the treatment of the applicant’s restless legs syndrome with medicinal cannabis. On this scientific basis, the doctor hopes for an improvement in symptoms and a reduction in the other drugs that have side effects.

8th
According to the experience of the Senate with a large number of “cannabis cases” on the basis of Section 31 (6) SGB V, the medical prerequisites laid down in the law for entitlement to benefits cannot be better presented than in the present case. While in many other cases the “justified assessment of the treating contracted doctor” required by law is missing and a claim to benefits cannot therefore be established, the Senate sees in the present case a fact that is medically so thoroughly and convincingly prepared that a claim to benefits is more than obvious .

10
In this situation, it is far removed from assuming a “justified exceptional case”. Imponderables have to be accepted, as the applicant is undoubtedly under close and responsible specialist treatment, which ensures that any side effects of dronabinol administration are monitored by a doctor.

11
The matter is urgent in the sense of a reason for an order. The suffering of the applicant living on social benefits is serious; At the same time, a positive effect of the dronabinol administration on the course of the disease is not far off. It would therefore not only violate the applicant’s statutory right to be supplied with dronabinol, but also her fundamental rights if she were to continue denying her the medically convincing attempt at treatment.

12
A temporary anticipation of the main thing is to be accepted in this respect. In order to ensure that the applicant is treated sustainably with dronabinol, the Senate has limited the period of validity of the temporary injunction to one year, at most until the final decision on the main issue has been reached. During this period it will be found out whether the administration of dronabinol has a noticeable positive effect on the course of the disease or on serious symptoms. If this is the case – which will have to be documented by a doctor – the applicant will have to be supplied with dronabinol beyond the one-year period. The final answer to the claimant’s entitlement to benefits will have to be given in the main proceedings. The Senate further notes at this point:

14th
This decision cannot be challenged with a complaint to the Federal Social Court (§ 177 SGG).

You can copy and use this link if you want to link this exact document :
http://www.gerichtsentscheidungen.berlin-brandenburg.de/jportal/?quelle=jlink&docid=JURE200013097&psml=sammlung.psml&max=true&bs=10 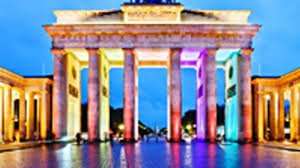