Cannabis trade marks – What is possible?

Cannabis legalisation is coming, at least that’s what the German government consisting of Social Democrats, Liberal Party and Greens is proclaiming. As recently as 26 October 2022, the federal cabinet approved a key point paper from the Ministry of Health on the controlled dispensing and consumption of cannabis with a THC content of over 0.2%.. Despite all this, a draft law cannot be passed until the EU also agrees with the plans. Legalisation before 2024 is not considered realistic.

Nonetheless, it is never too early to start thinking about potential intellectual property rights related to cannabis. In addition to the potentially emerging market of cannabis products with a THC content of more than 0.2%, a large market of medical cannabis, cannabis-flavored food products, and products containing the active ingredient cannabidiol (CBD) extracted from cannabis has already formed. Consequently, the question of the protectability of cannabis-related trade marks already arises. To say it right away: “Bavaria Weed” or “Cannabis Store Amsterdam” you will certainly not be able to call your brand – more on this below.

The trade mark application in Germany and the EU

Economically, the EU trade mark makes perfect sense for cannabis trade marks looking at the fast developments concerning legalisation in the EU member states: in Germany, for example, medical cannabis can already be purchased with a doctor’s prescription, and in Spain, work is underway to legalise and regulate the use of cannabis for medical purposes. Legal CBD lifestyle and nutritional supplements are said to have positive effects, and a whole market has already developed around CBD in some EU member states. There is a trend, albeit slow, towards legalisation. Although, the EU trade mark application is more expensive compared to the German application, the EU trade mark protection pays off at the latest at the time when one enjoys an exclusive right for all 27 EU member states.

The application for an EU trade mark must be filed with the European Intellectual Property Office (EUIPO). The EUIPO examines the absolute grounds for refusal listed in Art. 7 EUTMR (European Union Trade Mark Regulation). These grounds do not differ significantly from those in the German Trade Mark Act, which is harmonized according to the EU Trade Marks Directive 2015/2436.

Relevant grounds for refusal of registration of cannabis-related trade marks

Most rejections of trade mark applications in Germany are due to lack of distinctiveness under Sec. 8 (2) No. 1 German Trade Mark Act or due to the descriptive character of the trade mark under Sec. 8 (1) No. 2 German Trade Mark Act, respectively – for EU trade marks – Art. 7 (1) (b) and (c) EUTMR. According to Art. 7 (2) EUTMR, the examination of the absolute grounds for refusal extends to the entire territory of the Union.

For example, the EUIPO refused the registration of the word mark “JUST CBD”, due to lack of distinctiveness, because from the point of view of the relevant public it is merely emphasised that the product contains CBD. The origin of the company can also not be inferred if the trade mark solely contains the name of a cannabis variety, even if this name is only used colloquially among consumers.

Most registrations of cannabis-related trade marks fail, though, due to the violation of “public policy or to accepted principles of morality” (cf. Sec. 8 (2) No. 5 German Trade Mark Act resp. Art. 7 (1) (f) EUTMR). The “principles of morality” mean values and convictions to which society adheres at the relevant time and which are supported by a social consensus. It must be taken into account that – depending on the type of goods or services – children and young people can also perceive the trade mark what may have an impact on the question of offensiveness, i.e. on the violation to “accepted principles of morality”. “Public policy”is established by public authorities and is the normative frame of reference for values and objectives . This does not simply mean any violation of the law, there must be a violation of essential principles of (German) law. In addition to this, for the EU trade mark interests must be affected which the member states concerned regard as fundamental according to their own value system. Legality or illegality of the product or service to which the trade mark refers is irrelevant in this respect.

This absolute ground for refusal should nevertheless make anyone who wants to register a cannabis-related trade mark sit up and take notice. In 2019, the European General Court (hereinafter GC) upheld the EUIPO’s refusal to register the trade mark “CANNABIS STORE AMSTERDAM” (GC, decision of 12. December 2019 – T-683/18). In this sign, hemp leaves are depicted in connection with the word “CANNABIS STORE AMSTERDAM”. 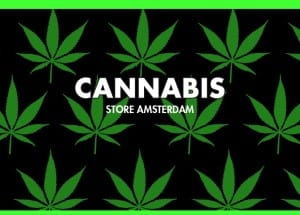 The court ruled that the leaves would be used as a media symbol for marijuana. “Amsterdam” was understood in this context as a clear reference to a city in the Netherlands where the consumption of narcotics was tolerated and which was known for its “coffee shops”. Overall, the GC found that the sign was therefore a clear and unambiguous allusion to narcotics marketed in Amsterdam, which is prohibited in many states of the EU, and could therefore not be registered on the basis of Art. 7(1)(f) EUTMR.

In its judgment of 12 May 2021, the GC confirmed the EUIPO’s rejection of the trade mark application “BAVARIAN WEED” (GC, decision of 12 May 2021 – T-178/20, available in German and French only). The word-figurative mark shows the black and blue colored word, with the silhouette of a lion holding a blue hemp leaf to the left. 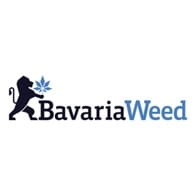 Although the applicant affirmed that the depiction of the hemp leaf and the word “WEED” referred only to therapeutic use and would also be associated by the public only with therapeutic use, the GC considered this to be an infringement of “public policy” and thus Art. 7(1)(f) EUTMR realised. The court based its decision on the fact that “weed” in connection with the hemp leaf would be understood by the public as a designation for the psychoactive substance, not for cannabis as a medicine. The sign is therefore associated with the recreational use of cannabis, which is prohibited in many member states. If one were to allow a trade mark registration in this form, there would be a risk of trivialising or even officially confirming consumption. The impression would arise that the consumption and production of narcotics is tolerated and even promoted. Based on the same reasoning, the EUIPO rejected the application for the trade mark “Well Weed” (decision of 4 March 2021, R0213/2021-5). 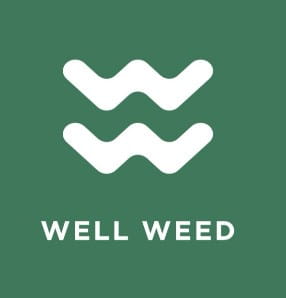 Important to know: a trade mark registration can still be refused, if an absolute ground for refusal exists in only one member state. If cannabis would then be legal in several member states, this consequently does not change the argumentation (see Art. 7(2) EUTMR).

If a cannabis-related trade mark is to be applied for, the same requirements for the application exist as for any other trade mark:

The sign used should not be merely descriptive and should not include a word which has become customary in common parlance to designate the goods. It must further be ensured that there is no violation of public policy or accepted principles of morality. Such an infringement exists in particular if the trade mark can be used to create a mental association with the psychoactive drug cannabis. To be on the safe side, the use of words such as “weed”, “cannabis”, “hemp”, “ganja” and other synonyms for marijuana should be avoided. Equally problematic, in addition to the pictorial representation of a hemp leaf, might be, for example, the representation of a joint or a water pipe for the consumption of cannabis (so-called “bong”).

Due to the legalisation efforts in Germany, one could indeed assume that the concept of “public order” in German trade mark law would be relaxed with regard to cannabis consumption and possession. This can be doubted, however, looking at the key points paper on the controlled distribution of cannabis: the criminal liability for trafficking and marketing without a license remains in place regardless of the quantity, also the acquisition, possession and cultivation of cannabis of more than 20 to 30 grams of dried plants or more than three plants remains indictable. The presentation of large amounts of cannabis, for example, could still be problematic.