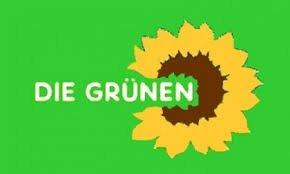 The Green Party in Düsseldorf, the state parliament for the most populous state of Germany, has advocated a controlled cannabis distribution trial project. The idea would be to reduce both the black market and illegal access by teens.

Cannabis remains, by far, the most widely used “illicit” drug in Germany – a country that has begun, albeit slowly, to recognize the medical efficacy of cannabis.

About 32% of the population between the ages of 18 to 59 have used cannabis at some point in time. In addition, there are now about 40-50,000 patients, but nobody knows exactly how many – it is easier to count prescriptions in a year and divide by four (cannabis prescriptions are issued every 90 days).

However, the call also comes at a strange and meaningful time in German politics. The Green Party is using cannabis as a way to attract voters to its cause at a time when the electoral map is shifting. Quite often, the choice is between the “far left” – or the “far right.” Die Linke and the Greens, in particular, back cannabis liberalization. The far-right, anti-immigrant, Alternativ für Deutschland or AfD does not.

No matter where this trial goes in other words, it may finally pierce the veil of “no” in Berlin – a political city on the federal level, which has denied such trials to its own citizens for years now.