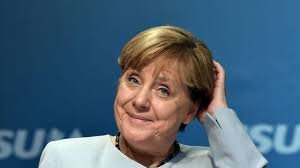 Members of a potential German coalition government, including the party of Chancellor Angela Merkel, are nearing agreement on a deal to legalize marijuana, reports indicate.

Merkel’s Christian Democratic Union and its ally the Christian Social Union together got the most votes in September’s election, but they also lost seats and don’t have a clear majority. That means they need the support of other parties to govern.

The conservative alliance is now in talks with Free Democrats and Greens to form a governing agreement and, as part of those negotiations, are nearing completion of a deal to legalize marijuana and have it legally distributed through pharmacies, the German newspaper Stuttgarter-Zeitung is reporting.

Members of the so-called “Jamaica coalition” (because the colors of the involved parties are reminiscent of those on the Caribbean nation’s flag) are expected to formalize a marijuana policy agreement toward the tail end of the talks, after other issues are settled.

“We are ready to do that,” Fritz Becker, Chairman of the German Pharmacists Association, said of distributing marijuana through pharmacies.