This is the second piece of cannabis legislation to be introduced in the 118th Congress. The measure from Rep. Greg Steube (R-FL) would also codify that U.S. Department of Veterans Affairs (VA) doctors are allowed to discuss the potential risks and benefits of marijuana with their patients.

Steube has consistently championed this specific reform, filing versions of the “Veterans Cannabis Use for Safe Healing Act” over the past several Congresses. This latest version is identical to the bill he introduced last Congress.

VA doctors are currently permitted to discuss cannabis with patients and document their usage in medical records, and those veteran patients are already shielded by agency policy from losing their benefits for marijuana use—but the bill would enshrine these policies into federal statute so they could not be administratively changed in the future. 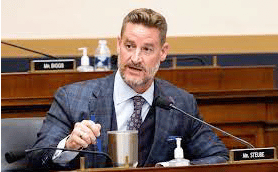