A Republican Missouri lawmaker says he plans to file a revised psychedelics bill to provide therapeutic access to psilocybin for people with serious mental health conditions in the coming days.

Rep. Tony Lovasco (R) said his forthcoming legislation has been modified from the version he introduced last year, with input from a key committee. That earlier bill received a hearing in the House Health and Mental Health Policy Committee last March, but it did not advance.

In an interview with KMOX radio that aired on Thursday, Lovasco said he didn’t end up pre-filing the bill for the 2023 session because “we had to make some some tweaks from last year,” but he does have draft language and plans to introduce it within “the next week or so.”

He described the bill as narrowly tailored, providing access to psilocybin in a clinical setting for people with treatment-resistant post-traumatic stress disorder (PTSD) and depression, with a doctor’s recommendation. It’s unclear if the legislation will include other psychedelics like mescaline or ibogaine, which were included in the earlier version. 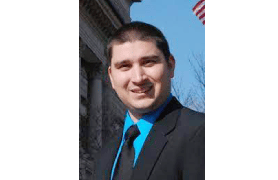